As our program focuses on preparing cross sector leaders in policy and politics, the Senior Fellows at the School of Public Policy come from a variety of backgrounds - corporate, academia, and government. Each has had a unique involvement in the policy world from policymakers and researchers to public influencers.

Our Senior Fellows serve two-year terms that are renewable, and throughout their time with us, engage with students and the work of SPP as lecturers, mentors, and advisors. We're grateful to our Fellows for their support of our students and the ongoing growth of the School. 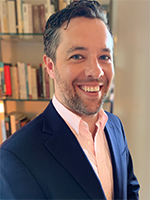 Tony Mills is a Resident Senior Fellow and director of science policy at the R Street Institute, a public policy think tank in Washington, DC. He researches and writes about a range of topics including science, technology, philosophy, religion, and the role of expertise in democracy. His writings have appeared in such publications as Slate, Politico, National Affairs, City Journal, First Things, Issues in Science & Technology, The New Atlantis, and various peer-reviewed journals. A scholar associate of the Society of Catholic Scientists, he is currently writing a book about scientific expertise in the age of populism. At the School of Public Policy, Mills has been an advisor to the school's "American Project" and edits the initiative's ongoing essay series at RealClearPolicy. 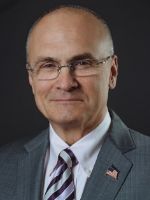 Andrew Puzder is the former chief executive of CKE Restaurants, where he helped turn Hardee's and Carl's Jr. into globally known fast food powerhouses. Starting as founder Carl Karcher's personal attorney in 1986, Puzder became CEO in 2000 and led the company out of serious financial difficulties. Under his leadership, CKE expanded to over 3,800 restaurants.
Puzder is a frequent lecturer on economics and politics for various groups and associations as well as at colleges and universities. In addition to serving as a senior fellow at the Pepperdine School of Public Policy, he is a director at The Job Creators Network and on the Advisory Board at Prager University. Puzder is a prolific author, contributor and thought leader on economic and legal issues in top tier media outlets such as The Washington Post, The Wall Street Journal, Fox News Opinion and CNBC, among others. In 2010, he co-authored the book titled Job Creation: How It Really Works and Why Government Doesn't Understand It. His second book, The Capitalist Comeback: The Trump Boom and the Left's Plot to Stop It, came out in April 2018. 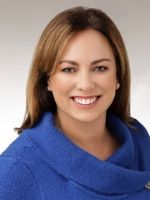 Hanna Skandera is the chief executive officer of Mile High Strategies serving as an education and employability entrepreneur, thought leader, senior advisor, and executive coach in leadership development and strategy, growing organizational impact, and transforming organizational culture. Skandera is also editor-in-chief of The Line, founder of Pathway 2 Tomorrow, chief in residence with Chiefs for Change, superintendent in residence with the Broad Center, and a former distinguished teaching fellow at Harvard's Kennedy School of Government. 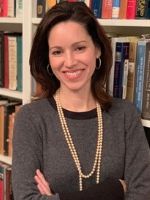 Elizabeth Spalding is an associate professor of government at Claremont McKenna College. She is the author of The First Cold Warrior: Harry Truman, Containment, and the Remaking of Liberal Internationalism and the co-author of A Brief History of the Cold War. She has contributed to several volumes on the presidency and US foreign policy, and her articles have been published in Orbis, The Wilson Quarterly, and The American Mind. Spalding also serves on the Board of Trustees of the Victims of Communism Memorial Foundation in Washington, DC and is on the advisory council for the Pepperdine School of Public Policy American Project. 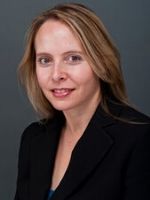 Angela Hawken Angela Hawken is professor of public policy at the New York University Marron Institute of Urban Management and director of the Litmus program, which promotes innovation in the public sector. She is the founder and director of BetaGov, a resource center for practitioner-led trials that provides tools to develop and conduct experimental tests of practices and policies in order to increase the pace of innovation in criminal-justice, education, social services, and health. She is also the founder and director of Segregation Solutions, which supports stakeholder-led innovation and research in reducing the use of solitary confinement. Hawken is the director of the Swift Certain Fair Resource Center, which assists jurisdictions in reducing recidivism and incarceration. Hawken completed a bachelor's degree, an honors degree, and graduate coursework in economics at the University of the Witwatersrand, as well as a PhD, in policy analysis at the RAND Graduate School. 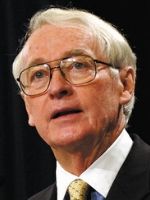 James Q. Wilson served as the Ronald Reagan Professor of Public Policy at the Pepperdine University School of Public Policy until his passing in March 2012. He enjoyed a long storied career in the public policy arena. From 1961 to 1987, he taught political science at Harvard University, where he was the Shattuck Professor of Government. He was the James Collins Professor of Management and Public Policy at UCLA from 1985 until 1997. He authored or coauthored 14 books, the most recent of which are The Marriage Problem: How Our Culture Has Weakened Families (Harper Collins, 2002), Moral Judgment (Basic Books), and the Moral Sense (Free Press). His others include American Government, Bureaucracy, Thinking About Crime, Varieties of Police Behavior, Political Organizations, and Crime and Human Nature (with Richard J. Herrnstein). In addition he edited or contributed to books on urban problems, government regulation of business, and the prevention of delinquency among children. Many of his writings on morality and human character have been collected in On Character: Essays by James Q. Wilson. His textbook on American government is more widely used on University campuses than any other government textbook.