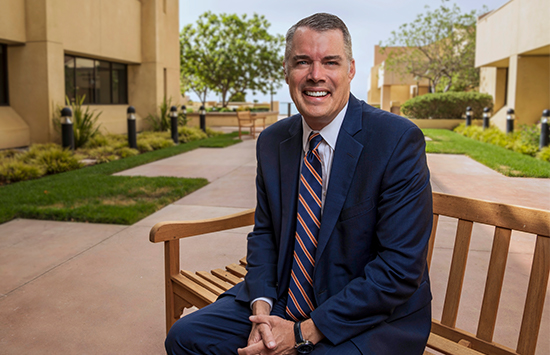 Anniversaries for institutions are times to reflect on the past, appreciate the present, and, based on these, envision the future. For the School of Public Policy (SPP), this holding together of the past, present, and future is a form of stewardship, acknowledging that while we did not create the institution, we have a responsibility to the founders, our alumni, and our supporters to realize anew the reasons why the school was founded in 1997. This means making those “founding principles” relevant to a new generation of students and the wider world of political leaders and policymakers.

Over the last few years, I’ve taken the opportunity to read and review many of SPP’s “founding documents”—those administrative memoranda, benchmarking studies, and research reports developed in the years leading up to that first class 25 years ago. Though different in nature, a single theme runs through the hundreds of pages: Pepperdine’s newest graduate school would open as a response to many of the nation’s existing policy programs, which were perceived to be too technocratic, overly focused on government (and by that, mostly federal) solutions to the day’s policy challenges, and disconnected from the deeply human aspects of politics.

In the school’s “Statement of Strategic Intent” report issued by the committee of scholars and administrators gathered to propose SPP’s distinctive curriculum, we find these sentences:

Among other things, the [Blue Ribbon] committee urged the University to proceed with its plans with a special emphasis on the founding mission and enduring philosophy of Pepperdine. Their belief was that existing schools of public policy do not place enough emphasis on the context of the moral, ethical, and spiritual paradigm, which Pepperdine encourages. To further undergird Pepperdine’s unique legacy, the committee recommended that effective public policy solutions should be rooted in the classic literature of history, political philosophy, and economics, and should be deeply immersed in concerns for moral and ethical principles.

In this, SPP’s founders sought to build a graduate policy program that was uniquely Pepperdine. This is why we’ve selected for our anniversary theme one of the powerful sentences that appear in the University’s Affirmation Statement:

That freedom, whether spiritual, intellectual, or economic, is indivisible.

Uniquely Pepperdine, then, for an era marked by myriad challenges to these freedoms. While the nation and the world look much different today than when we opened our doors a quarter-century ago, these commitments remain in how we engage in today’s policy debates, and how we prepare tomorrow’s public leaders.