"How Far Left?: The Quest for Viewpoint Diversity in American Higher Education" is a provocative discussion about "viewpoint diversity" in one of America's most important institutions.

To say that academia is politically progressive is a generally accepted fact of American life. But exactly how stark is this political culture in the academy, and what might it mean for what we know about the world around us—particularly from social science research?

In his new ground-breaking book (coauthored with Joshua Dunn), Passing on the Right: Conservative Professors in the Progressive University (Oxford University Press), Jon Shields examines these issues through over 150 interviews with mostly conservative professors at universities around the country. He finds many professors who relish their uniqueness in the workplace, while others having to hide their political views . . . at least until they earn tenure.

Through our "How Far Left to Go?" panels hosted around the country, we invite conservative scholars at area universities to join Shields and Pete Peterson in discussing the challenges of being an academic in what are often very liberal institutions. Contrary to the popular perceptions, this situation is not as grim as it is often portrayed. There are ways we can bring greater viewpoint diversity onto our college campuses, and it is important that our next generation of center-right academics know that there is hope and a calling to a life in the academy.

As NYU's Jonathan Haidt reviewed, "Shields and Dunn have written the authoritative treatise, integrating all previous work in an accessible and fair-minded way, and adding in empathy - the rarely heard voices of conservative professors. All academics should read this book, as should anyone who wants to improve the scholarship, prestige, and public funding of the academy." Even Cornel West added, "Robust and uninhibited intellectual inquiry should be at the center of the American Academy. As a revolutionary Christian I welcome more intense dialogue with my conservative brothers and sisters. This brave book helps us move toward this Socratic condition!" 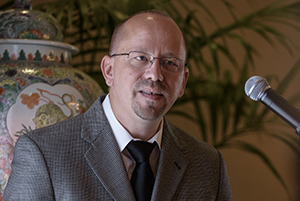