Join the Davenport Institute for Public Engagement and Civic Leadership to welcome Kurt Wilson, city manager for the City of Stockton, California, as the 2016 City Manager in Residence at the School of Public Policy.

Wilson will be discussing his experience in local leadership for a city facing grave challenges and offering insight and advice to students interested in a career in local government. 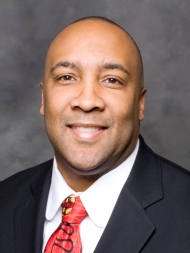 Wilson joined the City of Stockton as deputy city manager in September 2012, less than 10 weeks after the city filed for Chapter 9 bankruptcy protection. He became city manager in 2014, and led Stockton through the final stages of the bankruptcy process. He has focused his post-bankruptcy attention to a renewed focus on capturing economic development opportunities, institutionalizing public safety enhancement, and implementing permanent fiscal control measures. In 2015 Stockton was recognized with the All-America City Award.