Loneliness in the United States and the United Kingdom is on the rise and the costs are mounting. It's as bad for our health as 15 cigarettes a day and it costs our economies billions of pounds and dollars a year. But what about its cost on our political life and the health of our democracies?

Join this event hosted by Pepperdine School of Public Policy in the US and The Relationships Project in the UK to unpick this question. You'll hear from leading thinkers who will share their experiences of the impact of rising levels of loneliness on the state of political life and the health of democracies. Four years on from the appointment of the world's first Minister for Loneliness in the UK, you'll get the chance to hear about the work being done at all scales and across all sectors to mitigate the impacts of loneliness on public and political life. 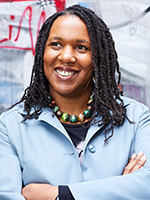 After a successful teaching career in state schools in Bradford and Manchester, Ruth founded RECLAIM, a Manchester-based charity supporting working class young people into leadership positions. Ruth used her platform as RECLAIM CEO for 11 years to campaign nationally with young people and their communities for greater levels of equality and to remove the stigma faced by many disadvantaged communities.

She was named by Virgin as one of the top six women change-makers globally and is an Ashoka Fellow. She is the Founder of The Roots Programme, an initiative to bring influencers from vastly different communities together to learn from each other and increase levels of compassion in our leaders. Ruth is also the Founder of ReKindle, a new supplementary school opening in January 2022 in South Manchester focused around providing a soulful education to young defiant critical thinkers. 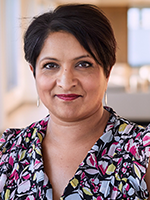 Nas Morley is a consultant, currently supporting The Cares Family, as interim managing director, to further their mission to help people find connection and community in a disconnected age. "To help others find connection—we need to develop a more connected workforce built around shared values. Creating great places to work, leads to greater impact." Morley has been leading teams in the third sector for the last 11 years working across income generation and engagement. She has held a variety of leadership positions at Breast Cancer Now (formerly Breakthrough Breast Cancer), Microloan Foundation, and UnLtd. Prior to that, Morley spent 15 years working in financial services for GE Money, Prudential, and Santander.

"It was while working in microfinance and a visit to Malawi that I saw the real impact of 'a hand up' rather than 'a handout'—the notion of investing in people, places and organisations to help them improve their own lives as well as those around them." Morley has broad experience spanning partnership development; marketing and communications; organisation development; programme management; and policy and influencing work. She is currently using her varied experience and skills to support charities and social purpose organisations who are all working towards a fairer, more equitable, more sustainable society. Recent clients include the Impact Investing Institute, Social Investment Business and the Aldridge Foundation. "I believe in the power of small changes collectively making a big difference and potential of thousands of individuals with the drive and ideas to create measurable change". 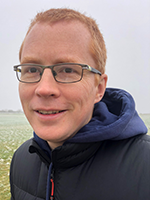 Jon Yates leads the Youth Endowment Fund which is a What Works Centre with a £200m endowment to find the best way to reduce violence and build a movement to put this learning into practice.

Yates has an unusual career. He was a stand-up comedian, a community worker, a McKinsey consultant, and a youth worker. He founded a number of charities including the National Citizen Service and was the lead adviser to the Education Secretary. He is the author of Fractured: Why our societies are coming apart and how we put them back together. 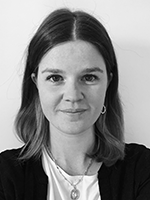 Iona Lawrence is an independent strategist, researcher, and coalition builder. She works across sectors and scales to unlock the commitment and action needed to unlock a better connected, less lonely world. She's convinced that a key to a fairer, more equitable future lies in fostering good relationships across all aspects of our shared lives: at home, in communities, through services, in workplaces, across public life, and beyond. Since 2020 she's been researching the role of greater collective action in building a relationship-centred world and in 2021 published a blueprint for an 'infrastructure for relationships' in the report Through Thick And Thin funded by a Paul Hamlyn Ideas and Pioneers award in partnership with The Relationships Project.

In 2016 Lawrence set up the Jo Cox Foundation in memory of her friend Jo Cox MP with her family. As founding director, Lawrence brought people together to campaign on the issues Jo had championed. This work resulted in the appointment of the world's first Minister for Loneliness, £20 million new funding for the issue and the development of the Great Get Together.

Alongside this, Lawrence is a 2020 Churchill Fellow, a founding member of Stewarding Loss and a trustee for the Rural Coffee Caravan. Before consulting, Iona was a coalition campaigner at Save the Children UK and in the Calais 'jungle' camp for Safe Passage.

Pete Peterson
Dean of the Pepperdine School of Public Policy

Pete Peterson is a leading national speaker and writer on issues related to civic participation, and the use of technology to make government more responsive and transparent. He was the first executive director of the bi-partisan organization, Common Sense California, which in 2010 joined with the Davenport Institute at the School of Public Policy to become the Davenport Institute for Public Engagement and Civic Leadership. In 2008, he developed the organization's annual Public Engagement Grant Program, which has provided over $500,000.00 in grants over the last several years to dozens of municipal governments across California. Peterson has also consulted on several of these projects with local governments, and has directly facilitated public meetings.

Peterson has been a public affairs fellow at The Hoover Institution, and he serves on the Leadership Councils of the Public Policy Institute of California and California Forward, and on the boards of the Homeland Security Advisory Council and the Da Vinci Charter Schools. Peterson was the Republican candidate for California Secretary of State in 2014.