Pepperdine School of Public Policy invites you to join us for a screening of the award-winning feature film Little Pink House, followed by a discussion with director Courtney Moorehead Balaker and producer Ted Balaker.

The award-winning feature film Little Pink House has been lauded by the likes of The San Francisco Chronicle, Deadline Hollywood, and The Hollywood Reporter, which notes that it delivers "unmistakable timeliness and excellent performances. The Bottom line—it hits a nerve." Other critics have called it a "must-see movie" (StarTribune) that's "like Erin Brockovich for eminent domain" (Village Voice).

Based on a true story, a small-town paramedic named Susette Kelo (two-time Academy Award nominee Catherine Keener) never expected to be clashing with corporate execs and powerful politicians in one of America's most controversial legal battles. She's staring over in a new town. She buys a rundown cottage in New London, Connecticut, refurbishes it, paints it pink, meets a great guy (Callum Keith Rennie), and exhales. Then she discovers powerful politicians are bent on bulldozing her blue-collar neighborhood to make way for condos and office buildings designed to benefit pharmaceutical giant Pfizer. (Execs are eager to expand their facilities because they have high hopes for a soon-to-be-released drug called Viagra). The redevelopment effort is spearheaded by Dr. Charlotte Wells (Emmy nominee Jeanne Tripplehorn)—ambitious and accomplished, she's the closest thing the gritty town has to a celebrity. With the help of a young lawyer named Scott Bullock (Giacomo Baessato), Susette emerges as the reluctant leader of her neighbors in an epic battle that goes all the way to the U.S. Supreme Court, inspires a nation, and helps millions of Americans protect their homes. 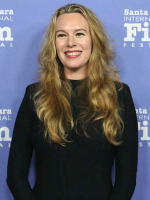 The film has been lauded by the likes of The Hollywood Reporter ("The bottom line—it hits a nerve"), Deadline Hollywood ("Keener nails the combination of anger, grace, and attitude that made Kelo a nationally known crusader"), and the Star Tribune ("The sort of must-see movie that is rarely made in Hollywood").

Little Pink House attracted a great deal of media attention, including a TODAY Show appearance, and was the subject of a congressional screening (the first film to be so honored since Steven Spielberg's Lincoln). 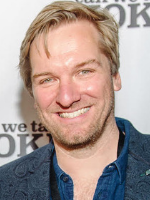 Balaker directed and produced the award-winning film Can We Take a Joke? (2016), which features comedians such as Gilbert Gottfried, Adam Carolla, Lisa Lampanelli, and Penn Jillette. The film was released in theaters and on-demand by Samuel Goldwyn Films. It appeared in iTunes "Top Docs" list for 10 months, and was selected as an Amazon Prime "Recommended Comedy."

Viewers give the film an average rating of four or more stars on Amazon, Google Play, iTunes, Hoopla, and Rotten Tomatoes. It's been lauded by The Hollywood Reporter, The Los Angeles Times, and by comedy icon Seth MacFarlane. The film inspired an episode of MacFarlane's popular Family Guy series, and Hollywood in Toto notes, "It could be the most important film of the year. Really."

The film has been covered by many outlets including Vanity Fair, Variety, Deadline Hollywood, IndieWire, Entertainment Weekly, TIME, The Washington Post, The New York Times, Newsweek, Inside Edition, BBC, CBC, The Adam Carolla Show, The Huffington Post, Politico, and Maxim.

(Get Out, Being John Malkovich, The 40-Year-Old Virgin) and Emmy nominee Jeanne Tripplehorn (Big Love, The Firm, Grey Gardens). The film has been lauded by the likes of The Hollywood Reporter ("The bottom line—it hits a nerve"), Deadline Hollywood ("Keener nails the combination of anger, grace, and attitude that made Kelo a nationally known crusader"), and the Star Tribune ("The sort of must-see movie that is rarely made in Hollywood").

Balaker is a founding producer of ReasonTV, which received the Templeton Foundation's "Innovative Media Award" during his tenure, and is co-creator of The Drew Carey Project, a series of documentary shorts hosted by Drew Carey. He was instrumental in orchestrating a first-of-its-kind collaboration with ABC Network News, which resulted in Bailouts and Bull an ABC News primetime special hosted by John Stossel and featuring Drew Carey Project content.

He is an executive producer on the feature documentary Honor Flight, which broke the Guinness World Record for largest film screening when it attracted an audience of more than 28,000 to its 2012 premiere at Milwaukee's Miller Park.

Balaker spent five years at ABC Network News' John Stossel Unit producing long-form specials on topics ranging from free speech to addiction. He spent three years as a policy analyst at Reason Foundation. His research has been presented before organizations such as the American Economic Association and The Mont Pelerin Society. His written work has appeared in many publications including The Huffington Post, The Los Angeles Times, The New York Times, Reason, USA Today, and The Washington Post.