Please note: this event has been cancelled due to the Woolsey fire.

Questions regarding this event please email sppevents@pepperdine.edu or call (310) 506-7490.

Join Pepperdine University School of Public Policy and The Trinity Forum for an Evening Conversation with Edward L. Gaylord Chair/Associate Professor of Public Policy, Ted McAllister and scholar Patrick Deneen on Wednesday, November 14, 2018 at the Wilburn Auditorium for what promises to be a thought-provoking discussion surrounding the themes of Deneen's newly-released book, Why Liberalism Failed.

At a time when civic fracture has alienated citizens and fueled a yearning for a strong leader, some have questioned whether our liberal democratic order has contained the seeds of its own demise. Even as material wealth continues to rise, many people feel bypassed by opportunities, estranged from each other, and unmoored from a sense of spiritual purpose or communal obligation. Deneen and McAliister will discuss the nature of our challenge, the prospects for the future of liberalism, and the hope of a renewed civic flourishing. 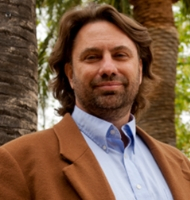 Ted McAllister, an intellectual historian, brings a historical imagination to the public policy curriculum, a perspective not typical of such programs. His training well equips him to press students to ask the foundational moral questions concerning public policy, leading them back to first principles. A graduate of Oklahoma Christian College, he earned his master's degree from Claremont Graduate School before completing his doctoral degree in American intellectual and cultural history at Vanderbilt University. A recipient of the Woodrow Wilson Foundation's Charlotte W. Newcombe Doctoral Dissertation Fellowship, he also received the Leland Sage Fellowship as well as several additional grants including one from the Earhart Foundation. The author of a volume entitled Revolt Against Modernity: Leo Strauss, Eric Voegelin, and the Search for a Postliberal Order, he has completed a new textbook on American history entitled The Promise of Freedom: A History of the United States. Among his other publications, he has authored the chapter "Reagan and the Transformation of American Conservatism" in The Reagan Presidency. 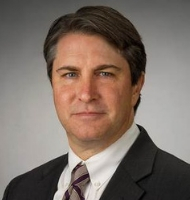 Patrick Deneen, is Associate Professor of Political Science and the David A. Potenziani Memorial Chair of Constitutional Studies at the University of Notre Dame. He serves as acting director of the Center for Ethics and Culture at the University. Previously, he taught at Princeton and Georgetown Universities. He also served as principal Speechwriter and Special Assistant to the Director of the US Information Agency. He has written and edited several books including The Odyssey of Political Theory, Democratic Faith, and Conserving America?, as well as newly-released Why Liberalism Failed. He also serves on the editorial boards of Perspectives on Political Science and American Political Thought, and is a contributing editor to The American Conservative.

SPP Students: This event is eligible for Professional Development credit.