Making Freedom Last: The Role of Religion in Sustaining Our Republic

Join the School of Public Policy for its annual Constitution Day lecture, this year featuring William E. Simon, businessman, philanthropist, and professor at the University of California, Los Angeles (UCLA), who will examine why religious practice is critical to political life.

The Founders knew that winning the War of Independence was only the first step in securing our republic. Certainly they needed to give order to our new-found freedom, as they did through our Constitution and the Bill of Rights. But their hardest task was to find a way to sustain our liberty, which is the ongoing duty of each generation, including our own. What role does religious faith play in preserving our free republic? 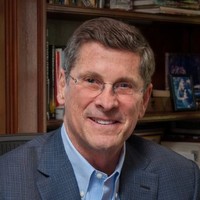 William E. Simon is a visiting professor at the UCLA School of Law and Department of Economics and a professor at the University of Southern California in the Jesse M. Unruh Institute of Politics. A recipient of Pacific Research Institute's Baroness Thatcher Liberty award, he has received numerous honorary degrees including one from Pepperdine University School of Public Policy. Simon is a member of the Board of Overseers of the Hoover Institution on War, Revolution and Peace, former vice-chairman of Catholic Charities of Los Angeles, and chairman emeritus of Covenant House California. He serves as co-chairman of the William E. Simon Foundation and the Cynthia L. and William E. Simon Jr. Foundation. Through these organizations, Simon helps needy youngsters in urban areas through faith-based efforts. He and his wife, Cindy, established and continue to fund the Sound Body/Sound Mind Fitness Program for Los Angeles area high schools. Entering the political arena in 2001 as a candidate for governor of California, Simon won the Republican primary in an election considered one of the greatest come-from-behind victories in state politics. An oft-quoted media analyst, Simon contributes his public policy expertise in radio and television appearances on Fox News, MSNBC, and CNN. His op-ed articles are published in many of the nation's leading newspapers.