The Constitutionalism of John Adams

Join the School of Public Policy for its annual Constitution Day lecture, this year featuring Darren Staloff, professor of early American history at The City College of New York. Staloff will examine the constitutional teachings of John Adams.

Adams was the first of our constitutional statesmen to articulate the various procedures and arrangements that have come to characterize American constitutionalism. What lay behind his thinking was a careful examination of human history and psychology. The results of his research was a search for a dynamic equilibrium within the American regime, one predicated on ongoing partisan and social conflict, that would insure republican liberty and the rule of law. Adams doctrine was at first perusal rather dour, and therefore unpopular, but it offers a powerful and compelling understanding of our constitutional history. 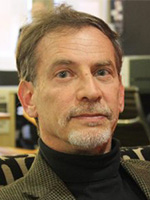 Dr. Darren Staloff teaches courses in colonial and revolutionary America. He has published The Making of the American Thinking Class: Intellectuals and Intelligentsia in Puritan Massachusetts (Oxford University Press) and, most recently, Hamilton, Adams, Jefferson: The Politics of Enlightenment and the American Founding (Hill and Wang). He has recorded dozens of audio and video tapes (nationally distributed) on US, world history, and major philosophers. He has received many fellowships, including The James Madison Program in American Ideals and Institutions at Princeton University, as well as an NEH grant and a post-doctoral fellowship from the Omahundro Institute of Early American History and Culture.