The inaugural lecture of the School of Public Policy's Wilburn Distinguished Lecture Series on Politics and Policy will feature British historian and biographer Andrew Roberts. Roberts will speak about his most recent book Napoleon the Great (the American edition is titled Napoleon: A Life), which was awarded the 2015 Los Angeles Times Book Prize for best biography. 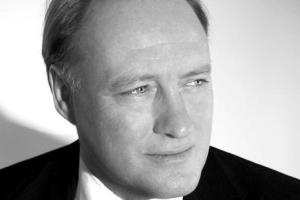 Andrew Roberts is presently a visiting professor at the War Studies Department at King's College, London, and the Lehrman Institute lecturer at the New-York Historical Society. He has written or edited 12 books, which have been translated into 18 languages. Roberts appears regularly on radio and television around the world. Based in London, he is an accomplished public speaker and has delivered the White House Lecture, as well as spoken at Oxford, Cambridge, Yale, Princeton, and Stanford Universities; and at the U.S. Army War College in Carlisle, Pennsylvania.

The Wilburn Distinguished Lecture Series in Politics and Policy is a bi-annual installment that brings public policy academics, thought leaders, and practitioners to campus to speak on important cultural, historical, and Constitutional aspects that affect public policy today.