Countless narratives tell of Washington's role during the American Revolution or as the country's first President, but few focus on the pivotal six years in between. Most present him as a Virginia farmer, happily "retired" on his plantation. Even when biographers reach the Constitutional Convention, which took place during this period, they typically present Washington as its stiff, silent presiding officer who mainly contributed his prestige to the proceedings. The standard narrative then has him returning to Mount Vernon during the ratification debates and first federal election. In this lecture, Professor Edward J. Larson will show that Washington was much more that a Virginia farmer during this time. He remained the indispensable American, looking west for national expansion and playing a key role in the drive toward a strong central government that culminated in drafting and ratifying a new Constitution. Often working behind the scenes but still very much in the public imagination, he helped to bind the states into the single federal republic that he then so ably led. Washington was as central to this "second" American revolution as he was to the first. 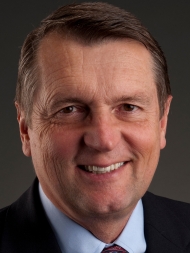 Edward J. Larson is University Professor of History and the Darling Chair in Law at Pepperdine University, and the recipient of the 1998 Pulitzer Prize in History. Larson has taught at Stanford University, the University of Melbourne, and for 20 years at the University of Georgia, serving as Chair of the History Department. The author of nine books and over one hundred published articles, Larson's expertise is on issues of law, science, and politics from a historical perspective. His latest book, The Return of George Washington: 1783-1789, was published in 2014. He has held many prestigious academic and professional honors including the Fulbright Program's John Adams Chair in American Studies, served as an inaugural Fellow at the Fred W. Smith Library for the Study of George Washington at Mount Vernon, and received an honorary doctorate from Ohio State University in 2004, among others. Larson earned a BA from Williams College, JD from Harvard University, and his PhD in the history of science from the University of Wisconsin-Madison. 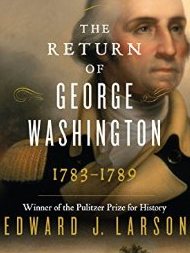