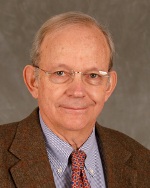 In the midst of a massive downward spiral in the United States economy, what will happen to the billions of dollars annually allocated to foreign assistance? The recent vote to put over $789 billion toward the recession has overshadowed the controversy surrounding the United States' annual contribution to international aid relief. Such assistance acts to stimulate humanitarian efforts across the globe and build positive relationships between nations, but is often contested due to arbitrarily chosen beneficiaries and corruptive foreign governments.

To adequately address this topic, Pepperdine University's School of Public Policy in partnership with Seaver College will host a seminar entitled, "Foreign Assistance as an Instrument of Foreign Policy" on Tuesday, March 10, from 2 to 4 p.m. at the Drescher Auditorium on Pepperdine's Malibu campus. An expert panel will discuss the impact of maintaining the $22 billion figure currently reserved for foreign assistance. The panel will include international experts in foreign assistance and features Anthony Lake, former National Security Advisor to President Clinton and former foreign policy advisor to the Obama Campaign; Miriam Mozgan, Deputy Chief of Mission at the Embassy of the Republic of Slovenia; and a senior official from US Agency for International Development, as well as several well known foreign affairs and international relations faculty panelists from the university.

"At a time of global economic crisis, it is the poorer nations, and the poorest of their citizens, who are the most vulnerable. Foreign assistance can play a vital role not only in meeting the humanitarian challenge but also in helping promote economic progress and political stability," commented Lake. "To do so, it must be well targeted and efficiently managed. Our national conscience not only demands this; it is deeply in the interest of our national security."

Lake is Distinguished Professor in the Practice of Diplomacy in the Edmund A. Walsh School of Foreign Service at Georgetown University. He served as Assistant to the President for National Security during the Clinton Administration. He joined the U.S. Foreign Service in 1962 and served numerous roles in the State Department, including US Vice Consul in Saigon and Hue, Special Assistant to the National Security Advisor, and Director of Policy Planning. Lake is the author of numerous foreign policy books, and received his PhD from Princeton University.

Hawken is assistant professor of economics and policy analysis at the School of Public Policy at Pepperdine University. She is originally from South Africa, where she taught undergraduate and graduate econometrics and microeconomics before moving to the United States in 1998 to complete a PhD in policy analysis at the RAND Graduate School. She teaches graduate classes in research methods, statistics, applied methods for policy analysis, crime, and social policy. Hawken's research interests are primarily in illicit drugs, crime, and corruption. She previously acted as a consultant to the South African government. She is a co principal investigator of a study to evaluate distance training of clinicians in developing countries, and a study to assess the cost-effectiveness of a HIV/AIDS and violence-reduction intervention for high-risk youth. Hawken has completed five assignments for the US Department of State working in the Republic of Georgia. She received her Ph.D. from the Pardee RAND Graduate School and undergraduate and graduate degrees at the University of the Witwatersrand in South Africa.

Kaufman is a political scientist specializing in American foreign policy, national security, international relations, and various aspects of American politics. He has written frequently for scholarly journals and popular publications, and has appeared on various national media outlets. He is the author of three books: In Defense of the Bush Doctrine, Henry M. Jackson: A Life in Politics, and Arms Control During the Prenuclear Era. Kaufman also assisted President Richard M. Nixon in the research and writing of Nixon's final book, Beyond Peace. He received his J.D. from Georgetown University Law School in Washington, DC, and his BA, MA, M. Phil., and PhD from Columbia University.

Lloyd is an associate professor of international relations, chair of the Center for International Studies and Languages Division, and coordinator for the international studies program. Prior to coming to Pepperdine, he worked for 10 years for an international development nongovernmental organization (NGO), where he was responsible for directing staff and programs in Kenya, South Africa, and Mozambique. He eventually came to represent the NGO with the United Nations (UN) in New York and Europe, during which time he led the campaign in obtaining high-level consultative status for the NGO with the UN's Economic and Social Council. Lloyd was an election observer for the U.S. Department of State and the United Nations during Mozambique's first multiparty elections to end the country's civil war. Lloyd received his Ph.D. from The Johns Hopkins University's Paul H. Nitze School of Advanced International Studies in Washington, DC.

Caldwell serves as Seaver College's distinguished professor of political science. He earned his AB, MA and PhD degrees at Stanford University and a master's degree from the Fletcher School of Law and Diplomacy at Tufts University. He has previously been a professor at the Naval Postgraduate School, Brown University and UCLA; he served on active duty for three years as an officer in the U.S. Naval Reserve. Caldwell is the author or editor of eight books and numerous articles, and most recently released Seeking Security in an Insecure World. He is a member of the Arms Control Association, the Council on Foreign Relations and the Pacific Council on International Policy.

Those in attendance will be invited to submit written questions for the panelists at the conclusion of their remarks. Immediately following the seminar, the International Trust Fund for Demining and Victim's Assistance will host a reception on the Gulls Way Patio.