A Christian Vision of Social Justice 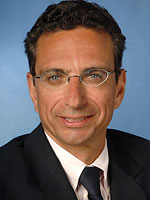 No nation has pursued the ideals of a just and democratic society with greater energy and moral seriousness than the United States.

Historically, the quest for "social justice" has been championed by America's faith communities through local churches and parishes, and in neighborhoods and city wards. Yet today, many political and religious leaders believe that social justice can only be achieved by a massive expansion in government programs, spending, regulation, and bureaucracy.

What went wrong? School of Public Policy Senior Fellow Joseph Loconte suggests that bad theology has impoverished and distorted the understanding of social justice among well meaning leaders in churches, the state, and civil society, and will propose a new vision for Christian engagement.