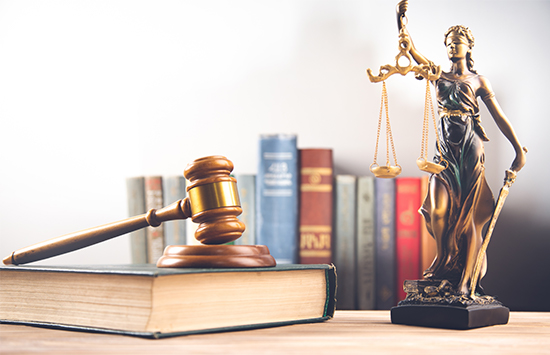 Formal training for senior public leadership positions has evolved as our understanding of the policy process has evolved. Today, we not only seek to solve different types of issues, but we also employ a more adaptive and effective approach to emerging problems. Times have changed and so have the methods taught in policy schools. This modern training prepares people to work in, or with, a wide range of public sector institutions. The same tools prepared me for my primary career as a city manager but, in hindsight, would have been useful for the elected official role I held early in my career.  I also used the same lessons during my time working for state government and have seen many other people gravitate toward federal government service, nonprofit, or even private sector roles that interact with the public sector. It's gratifying to see the growth that happens during the program. Whether or not students change their focus, they always leave well-prepared for multiple career options. As an employer, I am particularly pleased when applicants come from a program with an emphasis on finance and communication—both core competencies in policy schools—and a working knowledge of public engagement which is a core component at Pepperdine School of Public Policy (SPP).

Stability and predictability are among the most desired qualities in many workplaces.  There are countless careers that require the reliable performance of repetitive tasks, so people learn to do their jobs through the repetition of on-the-job training. Academically, it's the theoretical equivalent of a "practice makes perfect" learning strategy. Other types of jobs require more active decision-making. Historically, preparing for these jobs required higher education but was really just an extension of the "practice makes perfect" option. In fact, since the problems of the day were similar to the problems of yesterday, that preparation was akin to memorization or "teaching to the test" as an academic preparation strategy. These methods have a long history of success in many occupations.

Public policy, however, isn't one of those occupations. Simply parroting back answers that someone else found is inadequate in the dynamic and complex world of public policy. Instead, professionals who work in this field are required to solve questions that never existed before. Their preparation requires a much different approach. In addition to foundational knowledge that builds on previous work, practitioners of public policy must rely on frameworks for how to solve problems. As Dean Pete Peterson says, it's important to teach students HOW to think rather than WHAT to think. If your role is to identify solutions that already exist, the old ways of learning work well. If, on the other hand, your role requires you to answer questions for which no universally agreed upon answer exists, the preparation for that role is different.

One example of a crisis with no playbook is COVID-19. When the early signs of COVID-19 became clear, most policymakers were unprepared and got off to a slow start. Even when the gravity of the situation sunk in, some policymakers at all levels of government were paralyzed because they looked for a playbook to guide their actions.  They were looking for someone to tell them WHAT to think. Other policymakers proved to be remarkably effective because they were well-prepared with a framework that enabled them to devise a reasonable approach. Even though they had never seen a global pandemic, they were able to find a way to move forward in a way that benefited people. When a crisis hits, that is when people are the most vulnerable and rely most heavily on public officials. Those public officials don't have the luxury of waiting for someone else to lead. They won't be able to consult a playbook for how to handle the crisis. When people rely most heavily on their government, they should have confidence that the people who lead that government have the competence, not just the compassion, to lead them through the darkness.

Another recent example was the series of events related to George Floyd. In this example, the underlying issue was neither new nor unforeseen, yet many state and local governments throughout the country were unprepared. Once again, looking at the existing playbook wasn't the way to solve this problem. Unlike COVID-19, a playbook actually did exist for addressing civil unrest, riots, etc. That playbook, however, was inextricably linked to the very issues being protested so relying on how things used to be done would only exacerbate the issue. The general call was for people in power to find a new way to address an old problem. This required public officials to have the skills to objectively evaluate a problem in search of new solutions. This is exactly the type of preparation being provided by the top public policy schools in the country. They espouse the type of dynamic instruction that focuses on how to approach a problem, rather than how to assume the right answer. It means that sometimes public officials are surprised by the results but it means that they are always acting in the best interest of the people who have entrusted them with such authority.

I'm teaching a course during the Spring 2021 semester called "Policing and Criminal Justice Reform" that allows students to explore the types of issues that were raised this past year along with related issues that often go unnoticed. In keeping with SPP's commitment to "viewpoint diversity", the course is designed to highlight the extremes of multiple perspectives rather than a more filtered middle-of-the-road approach. This allows for introspection and passionate discussion but also encourages students to reach their own well-informed conclusions.

With that foundation in place, the focus shifted to causes of, and reactions to, crime at various levels. This allowed for an exploration of psychosocial theories, the impact of fear on cognitive processing, disparities within the criminal justice system, and evaluative tools for a proposed policy reform concept. This includes a closer look at what happens when the system fails. Guest speakers for this topic included the lawyer for a currently condemned (death) row inmate whose access to due process has been widely criticized by family members of the victims and high-ranking legal officials (including a former Attorney General and Associate Supreme Court Justice along with a United Nations panel). The other speaker on this topic was a wrongly convicted person who served 17 years in prison before being exonerated.

The course ends with refinements to those policy reform proposals and a focus on what it takes to elevate the proposal from concept to adoption. In this context, students examine the legislative process at the state and local level with an emphasis on the hurdles that must be overcome in order to move forward with their proposal. Guest speakers here include lobbyists and former decision-makers in the legislative process.

While I'm confident in the curriculum of many policy schools, I'm particularly proud to be associated with SPP. Not every school would grant me the autonomy to design a class to specifically address such a politically polarizing topic. Rather than shy away from an obvious conflict, SPP recognized the social importance and the seminal role of public engagement in the search for solutions. The passion of SPP students for issues of equity and criminal justice is inspiring and I'm humbled to be part of their academic journey.