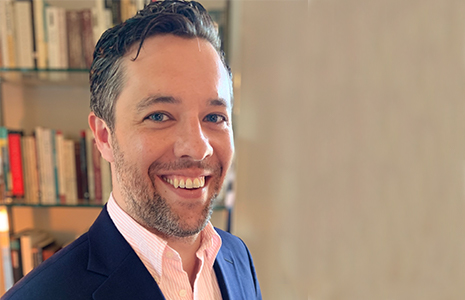 The Pepperdine School of Public Policy announced that Tony Mills, a Resident Senior Fellow and director of science policy at the R Street Institute, a public policy think tank in Washington, DC, joins its program as a Senior Fellow. Mills directs R Street’s science policy program, which aims to equip policymakers with more and better scientific expertise and to advance public policies that stimulate scientific innovation.

Mills stated, “It's an honor and privilege to join the Pepperdine School of Public Policy as a Senior Fellow. The program's mission to put the "public" back into "public policy" is more timely and important now than ever, and I look forward to helping advance that mission by working with the next generation of public leaders."

He researches and writes about a range of topics including science, technology, philosophy, religion, and the role of expertise in democracy. His writings have appeared in such publications as Slate, Politico, NationalAffairs, CityJournal, First Things, Issues in Science & Technology, The New Atlantis, and various peer-reviewed journals. A scholar associate of the Society of Catholic Scientists, he is currently writing a book about scientific expertise in the age of populism. At the School of Public Policy, Mills has been an advisor to the school's "American Project" and edits the initiative's ongoing essay series at RealClearPolicy.

Mills received a bachelor’s degree in philosophy, French, and comparative literature from Northwestern University, where he also completed master’s work in French. He holds a PhD in philosophy from the University of Notre Dame, with a focus on philosophy of science.

“Tony will contribute greatly to the work of the School of Public Policy as our newest Senior Fellow,” noted Pete Peterson, dean of the school. “His ongoing writing and research on the challenges to effective public policy presented by unexamined expertise and what might be called ‘scientism,' make his work not only highly relevant, but perfectly aligned with the principles of our unique program,” he added.