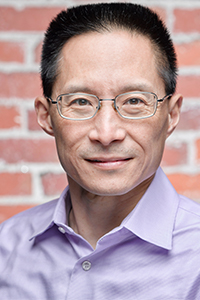 Join the Pepperdine School of Public Policy's American Project on Monday, April 5, 2021, at 10:00 AM PDT for the sixth webinar in the Quest for Community: A Future for American Conservatism series titled Toward a Communitarian Politics: Prospects for a Bipartisan Movement.

While the American Project has focused on exploring the history and future implications of a "conservatism of connection" in our policy and politics, the philosophical and practical background of communitarianism has stretched across partisan boundaries. From thinkers—like Robert Nisbet and Hannah Ahrendt—to policy influencers—like Peter Berger and John McKnight—the seeds of a multi-partisan movement were sewn decades ago. 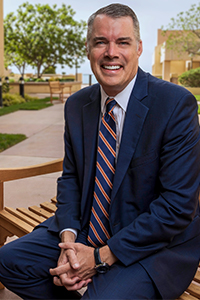 In particular, the 1990s provide an interesting precedent for a reimagined communitarian movement for the 21st century. Recent American Project panels have highlighted a thriving consensus during that decade, which involved policymakers across Democratic and Republican presidential and gubernatorial administrations. This coalition seemed to collapse with 9/11 and a dramatic swing toward federal and international policy.

As the pandemic highlights the societal challenges brought about by loneliness and alienation, could the time be right for a revived communitarian movement with its focus on local engagement and the strengthening of our civic institutions? 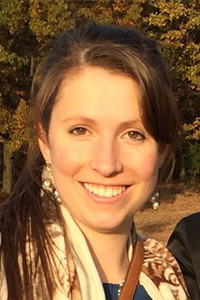 The American Project welcomes civic practitioners—from the left and the right—as they discuss the prospects and challenges for a new communitarian consensus in our public policy and politics.

Eric Liu is the co-founder and chief executive officer of Citizen University, which works to build a culture of powerful and responsible citizenship in the United States. He also directs the Aspen Institute's Citizenship & American Identity Program. He is the author of several acclaimed books, including The Accidental Asian: Notes of a Native Speaker; The Gardens of Democracy (co-authored with Nick Hanauer); You're More Powerful Than You Think: A Citizen's Guide to Making Change Happen; and his most recent, Become America: Civic Sermons on Love, Responsibility, and Democracy, a New York Times New & Notable Book. He has been selected as an Ashoka Fellow and a member of the American Academy of Arts and Sciences. He is featured on the PBS documentary American Creed and is a frequent contributor to the Atlantic. Liu served as a White House speechwriter for President Bill Clinton and later as the president's deputy domestic policy adviser. He was later appointed by President Barack Obama to serve on the board of the Corporation for National and Community Service.

Pete Petersonis the dean of the Pepperdine School of Public Policy and holds the Braun Family Dean’s Chair. He writes and speaks on issues related to civic participation, California politics, and “viewpoint diversity” in academia. He was the first executive director of the Davenport Institute for Public Engagement at SPP. Peterson developed training programs for local government officials in improving public processes and the use of technology in making the government more transparent and responsive. In 2017, he led the creation of “The American Project: On the Future of Conservatism,” which has been exploring the prospects for a more communitarian approach to policy and politics. Peterson has been a public affairs fellow at The Hoover Institution, and he serves on the leadership council of the bipartisan nonprofit, California Forward, and on the Advisory Council of the Rumsfeld Foundation’s Graduate Fellowship Program. He was the Republican candidate for California Secretary of State in 2014.

April Lawson leads Braver Angels' Debate and Public Discourse Program. Lawson designed Braver Angels Debates and has grown the program from its first debate to serving more than 1,000 participants per month. She oversees a team of 50 volunteers and staff to administer all Braver Angels' debate work and is the lead voice in public-facing communications. Previously, she provided research and editing for David Brooks' weekly columns at the New York Times. Most recently, she co-founded and served as the associate director for Brooks' new Aspen Institute initiative, Weave: The Social Fabric Project. She has also worked at the US Treasury Department, the New Haven Mayor's Office, and as a senior consultant at Booz Allen Hamilton.