The Edwin Meese III Institute for Liberty and the American Project, formerly known as The American Project, hosts several events throughout the year. With deep roots in Western Civilization, the American Project is grounded in the conviction that the capacity for self-government is a source of a distinctly human dignity, one that in America produced an exceptional and peculiarly American governing document, the US Constitution. Related, this right and ability to pursue happiness requires energetic social and political institutions—from schools and houses of worship to workplaces and political parties—to supply moral order and speak to our deep human needs for virtue and belonging. The collapse of these community-building institutions has led directly to a severe questioning of what it means to be an American with a looming threat of losing any sense of our common American identity. 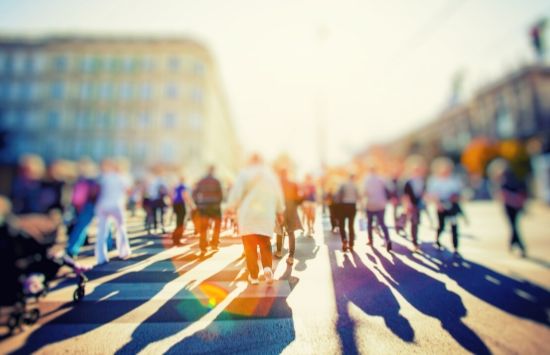 The Quest for Community: Realizing the American Project

Hosted by our Edwin Meese III Institute for Liberty and the American Project, this "Quest for Community" conference welcomes leading thinkers and policymakers to our Malibu campus to discuss and debate the future of this uniquely American perspective on politics in a time of national polarization.

The Quest for Community: A Future for American Conservatism

American conservatism stands at a crossroads. Launched after the 2016 elections, the American Project is arguing for a reimagined communitarian conservatism (or a "conservatism of connection") in public policy and political rhetoric is the best way forward.

Originally planned as a summer conference here on our Malibu campus, "The Quest for Community: A Future for American Conservatism" has now transitioned to a series of webinars with leading thinkers, activists, and policymakers exploring the implications of renewing our appreciation for this long-standing tradition in conservative thought and policy. Deriving our title from the late sociologist Robert Nisbet's foundational book, The Quest for Community, this series will discuss the current-day implications of this work—what it means for today's policy and politics.

The "American Project" at Pepperdine's School of Public Policy is a unique "pracademic" initiative that is exploring a variety of cultural factors impacting our politics and policymaking. One of the issues they're focused on is the growing crisis of loneliness. Long before the pandemic, economists, social psychologists and healthcare experts were raising serious concerns about the increasing levels of disconnection and alienation across almost all demographic categories. As human beings created for community, how should policy makers and leaders of faith respond to these challenges? Hear from one of the nation's leading researchers in this field and the dean of Pepperdine's School of Public Policy in this timely conversation.

Recommendations from Dean Pete Peterson for further reading on the topic:

Francie Broghammer, MD, is the Chief Psychiatry Resident at the University of California, Irvine. Her academic interests lie in medical ethics, education, spirituality, and human flourishing. She is a Leonine Fellow, an American Psychiatric Association Leadership Fellow, and is a board member for Pepperdine University's American Project. Additionally, she holds the distinction of sitting on the UC Irvine Medical Ethics Committee. Dr. Broghammer played Division I Women's Lacrosse at the University of Notre Dame, and graduated Magna Cum Laude with a degree in Science Pre-Professional Studies and Portuguese Language & Brazilian Studies. She attended the University of California, Irvine for medical school and was elected to the Alpha Omega Alpha (AOA) Medical Honor Society. Dr. Broghammer has published several peer reviewed articles and is currently researching suicide and social isolation. She resides in Long Beach, California with her husband and their two children.

Pete Peterson was the first executive director of the bi-partisan organization Common Sense California (CSC). In 2010, CSC became the Davenport Institute for Public Engagement and Civic Leadership at Pepperdine University. Currently, Peterson serves as dean of Pepperdine's School of Public Policy. Along with teaching a class on the subject at Pepperdine, Peterson co-developed the Davenport Institute's training seminars which have been offered to more than 1,000 public sector leaders. He's also consulted on many participatory governance projects throughout California on issues ranging from budgets to water policy. Pete serves on the advisory boards of California's Institute for Local Government, and the Public Policy Institute of California, as well as the DaVinci Charter Schools in Hawthorne, CA. Pete earned his BA in History from George Washington University, and his Masters in Public Policy from Pepperdine's School of Public Policy. He was the 2014 Republican nominee for California Secretary of State.

What is the American Project?

PANEL: America's "Loneliness" Problem and the Challenge to Social Capital

CLOSING: Next Steps for a "Conservatism of Connection"

Toward a Conservatism of Connection: Reclaiming the American Project

Reclaiming the American Project: The Strange Road to a Conservatism of Connection

The Social Psychology of a Nation Coming Apart

Little Platoons and Big Ideas: Conservatism and the Art of Connection

The Wisdom of Solomon: Finding the Balance in America's Religious Liberty

Bill and Ted's Excellent Conversation: Why Conservatives Must Think
Historically

Protecting Us Against Attack: What Is the Evolving Role of Foreign Engagement for America?

E Pluribus vs. Unum?: Conservatives and the Fight for the Underdog

What Can Trump and Reagan Teach Us About the Future Leader of a Conservative Coalition?

A Way Forward: Next Steps for the Project

From Theory To Practice: Practical Steps to Transform Conservative Policy

The American Project: On the Future of Conservatism

Get Involved
scroll up
©