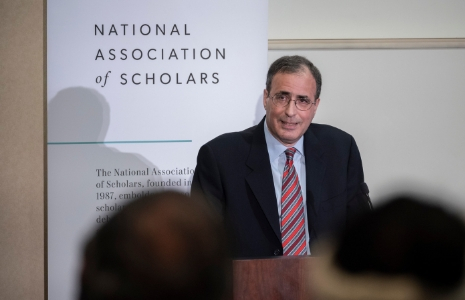 The Pepperdine School of Public Policy and the National Association of Scholars held "The Lost History of Western Civilization," a half-day conference, on Friday, January 24, 2020 in the Wilburn Auditorium on the Pepperdine University Drescher Campus.

Pete Peterson, Braun Family Dean Chair of the Pepperdine School of Public Policy, welcomed guests to Malibu who gathered together to uncover the lost history of Western Civilization through keynote presentations and a panel discussion by professors and scholars.

Peter Wood, president of the National Association of Scholars, stated "Our country needs a plentitude of citizens who share the history of Western Civilization," and continued by asking "what do we do now?" 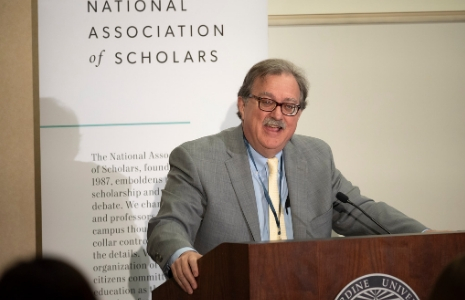 Kurtz, senior fellow at the Ethics and Public Policy Center, excavated the history of thought from Jerusalem and Athens, through Rome, to the modern West. He provided a detailed refutation of "Western Civ the Myth" and explained the need for Western Civilization courses from Stanford to Yale.

"Liberty in the bones is lost when the story in the West is forgotten" marked Kurtz.

Following Kurtz, a panel of four comprised of Daniel Walker Howe, Rhodes professor of American History emeritus, Mark Bauerlein, professor of English at Emory University and senior editor of First Things, Susan Hanssen, associate professor and chair of the department of history at the University of Dallas, and Peterson furthered the discussion for the need and means of returning Western Civilization to a place of encouraged scholarship as the cultural foundation of our self-governance and national ideals.

Concluding the conferece, Wilfred McClay, Ronald Reagan professor of public policy at the Pepperdine School of Public Policy, delivered the keynote address. McClay stated, "moral collapse is the loss of meaning in peoples lives, because they no longer feel themselves to be connected to a larger story and purpose."

This conference was co-hosted by the National Association of Scholars.