How to Get a Public Policy Job in DC

Rich Danker (MPP/MBA '10) is a special advisor with the US Commodity Futures Trading Commission in Washington, DC. Danker received a BA in political science from Lynchburg College.

Something I've internalized in the professional public policy world was something I learned in the academic one at Pepperdine: there's no substitute for knowing your stuff. Developing expertise about the issues you're passionate about by reading all the time and learning from people is the single biggest selling point you can have as a job candidate.

The best kind of expertise is so legitimate that it's obvious to the prospective employer. Pepperdine School of Public Policy (SPP) students are fortunate to be in a graduate school environment where they can develop the habits that form such expertise. That leaves them with a distinct advantage if they choose to pursue a career in Washington, DC. 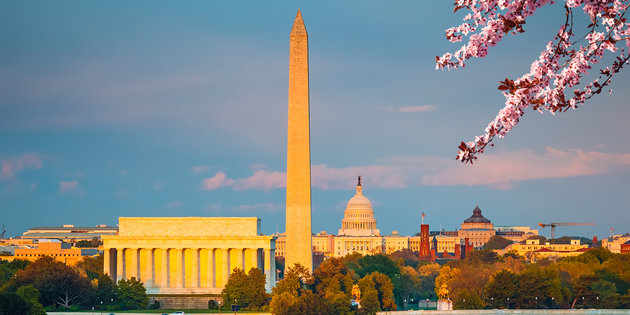 Here are other lessons I've observed along the way.

It's Better to be Political

Many younger people with ambition to work in government, at a think tank, or some other policy outfit are nervous about pursuing such a role through politics. But the truth is that the policymakers who have developed a political identity to go with their expertise tend to be the ones who get the more meaningful jobs. That's because they are hired by the elected and appointed officials who run the government. Many people avoid this path because it is riskier since it's determined by elections. But the rewards in time, money, and status outweigh the alternative path of working your way up in bureaucracies.

Having your opinions or research published is one of the avenues most accessible and effective for a younger person to gain credentials and draw the attention of prospective employers. Newspapers and websites tend to like publishing the views of young people who aren't necessarily well-known. Clips are the best and simplest way to fill the need of that something else besides your resume to differentiate yourself from everyone else. Start writing op-eds about the topic you want to work on and pitch them to opinion editors.

Work for the Person, Not the Title

I heard this from Supreme Court justice Clarence Thomas at the Pepperdine School of Law and it's rung true for me. The meaningfulness of your job (learning, responsibilities, experience) will probably be determined by your boss. People are obsessed with titles and brand names, but those don't matter that much. What matters is the kind of person you work for. If they can teach you things directly and by example, give you chances to prove yourself, and help you get where you want to go in your career in policy, then you are starting in a good place.

If people only pursued jobs they were qualified for, no one would get ahead in life. Younger people tend to be cautious in the jobs they pursue because employers for various reasons tend to overstate the required experience. The truth is that most people are hired without it being clear whether they can do the job, so that should not be an impediment to what you pursue. Your task is to give them enough information that convinces them you can do that job. This is why doing things like getting published, demonstrating conversance in policy, and forming political relationships are important to persuading someone to take that chance on you.

Alumni
Careers
Take the Next Step