Ted McAllister, is the Edward L. Gaylord Chair/Associate Professor of Public Policy Pepperdine School of Public Policy. He is a an intellectual historian who brings a historical imagination to the public policy curriculum. McAllister teaches the core MPP courses "Ethical Dimensions of Public Policy" and "Great Books and Great Ideas, along with elective courses in public opinion, American democratic culture, among others.

"What is Public Policy?" was the first question that I asked when I got a phone call recruiting me to a new policy school about to open at Pepperdine. So, there is some irony in the fact that I'm now writing an essay on the subject. And yet, it is a matter of some consequence that one of our program's defining classes has the very same question in the title of the class: "The Roots of American Order: What is Public Policy?" The question, more than a textbook answer, is essential to Pepperdine's approach to educating policy leaders. 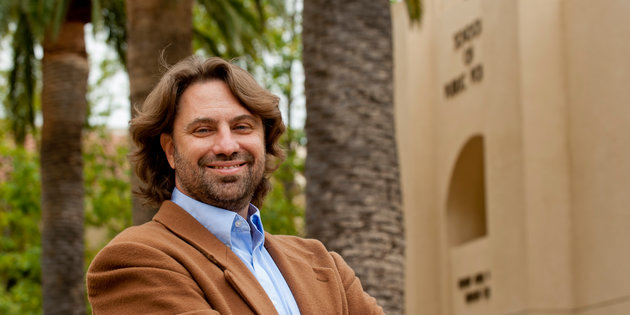 A class that asks this question in the midst of a serious historical examination of the sources, development, and crises/challenges of the American constitutional order implies that the answer is somehow bound up with history; that public policy is related to the regime; that public policy is somehow a cultural as well as political subject, a moral as well as technical matter. For these reasons we cannot define policy without considering its modifier, public.

In terms of the growing number of autocratic or fascist regimes (most so-called "communist" regimes are better understood as fascist), the modifier ought to be state or government policy. One of the goals of such regimes is to absorb publics into the state and destroy institutions and associations that interfere with the integration of individual identity with the abstract state. To the degree that these states can accomplish this goal, the government need not consult any public in making policy since the government gives the only means of expressing collective purpose and because the state wishes to define collective identity rather than reflect it. Under these circumstances, policy is primarily a matter of the relationship between two things: the interests of those who rule the state and the technical analysis that demonstrates possible outcomes, benefits, problems, with any suggested policy. If the government determines that it is in its interest (and that of the state, which amounts to the same thing) to dramatically increase the supply of electricity then it sees the policy question in terms of technical problems, costs, and efficiency. The building of huge dams that displace tens of thousands of families does not present a political or public challenge, only a technical one that must be weighed against other technical challenges.

The United States, however, has publics, and the existence of publics creates the fundamental tension that governs the policy establishment—including the universities that teach policy makers. Policy establishments are prone to think of policies as responses to problems and they are attracted to the most streamlined, efficient means of solving the problems. To the degree that this perspective dominates policy making, technical knowledge and related forms of analysis are wedded very closely to the policy aesthetic that glories in efficiency.

Publics introduce, among other things, profound political and social complexity that clash with the beauty of simple, streamlined efficiency. Publics are not just those bodies being served by policy regimes, but they are diverse, self-interested, and often profoundly ignorant sovereigns who demand that policies express their often inchoate will or desires. To be public policy the policy decisions must somehow express the will of a public, whether local, state or national.

To love public policy is, therefore, to love the profound and often confounding complexity of making good choices that both invest a large group of people with a serious role in deciding policies and yet incorporate the best policy analysis. Truly good public policy must find ways of understanding the will of the public while at the same time educating and informing that same public. If we left it here we might engage this complexity with a reasonable process of incorporating various stakeholders and policy makers in an "inclusive" system of public engagement. Alas, this is only the beginning of the complexity

A good public policy must engage deeper norms and principles and "values" of a community. No community is understood in this way through town hall meetings or by "civic engagement" efforts, however valuable they may be otherwise. A community has a deep history and its cultural and social character requires historical knowledge as well as a subtle understanding of emerging pressures and challenges to the nature of that community by a wide array of economic, political, demographic and other changes. A public might deeply value its long-term commitment to the rights of minorities and so protect those whose eccentric ways of living would otherwise make them vulnerable to policy czars who look for an efficient policy solution to a given problem. Understanding that a community honors its historically grown, socially expressed, culturally validated, species of tolerance requires that the voices that make up the public is something more comprehensive than the will of a self-interested majority.

This one example suggests that every public in a large nation is distinct in some important respects and that no good local public policy can be made without a great depth of what we might call "local knowledge"—often the knowledge that can only be possessed by those who have absorbed it through decades of living in that place.

The larger the public the greater the tendency to think of policy in technical terms, the more hostile policy makers are of the very idea of a public. A nation of 300 million souls cannot be said to have a public in a deep sense of that word. Some common historical, cultural, and social ground makes the American public something discernible and distinct from, say, the Canadian public. But it is nonetheless not substantial enough to be one thing that can be heard or expressed by a government seeking to make national policy that expresses the deeper will of the people. America is a public of publics and if it ceases to be this then it loses a necessary condition for a free and self-ruling nation.

To approach public policy as a technocrat is to be an idiot—the word "idiot" originally referring to a deeply private person who is ignorant of public matters. Therefore, to talk about "American public policy" (national policy) we are forced back to a defining question of policy-making in our regime: what is public policy?

Faculty
Academics
Take the Next Step