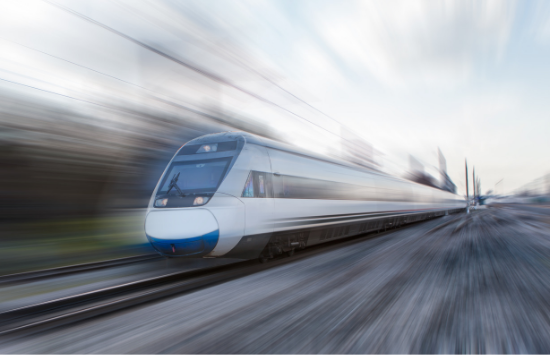 In 2008, California voters endorsed a plan to connect Southern California with its northern half via high-speed rail. However, a little over a decade later, the hopes of high speed rail in California remain much more a dream than reality.

Proposition 1A—championed by then-Governor Arnold Schwarzenegger—passed with a little under 53 percent of the vote and promised a lot, including:

After a decade of missteps by the California High Speed Rail Authority and California's leaders, Californians are left with few of the promises fulfilled and instead a proposed train system whose chances of linking the phase one Central Valley track with Los Angeles (let alone the rest of Southern California) or the Bay Area quickly diminishing and a projected cost of more than $77 billion, more than twice the initial estimate.

The critics have been quick to pounce on each of the California High Speed Rail Authority's failures and on former Governor Jerry Brown's unabashed continued support for the potential legacy. But this month, the train got a dose of reality from an unexpected person—current Governor Gavin Newsom, who on the 2018 gubernatorial campaign trail had called the train, "a project I can support." In fact, Governor Newsom devoted about one-tenth of his first State of the State address to the high-speed rail, telling the State Legislature, "the project, as currently planned, would cost too much and take too long," continuing, "right now, there simply isn't a path to get from Sacramento to San Diego, let alone from San Francisco to LA."

The train really started as a solution in search of a problem. Here at the Pepperdine School of Public Policy, we ask our Master of Public Policy students to be policy leaders and policy leadership requires an understanding of and honestly attempting to fully execute the entire policy cycle. The first step in the policy cycle is defining the concrete problem—i.e. the root cause of an issue—and in the high speed rail's case, the problem has never truly been defined. Sure, the train has been named as a solution to a number of social ills, but those declarations have been more about publicity and made from a position of defense than actual policy problem analysis. Therefore, it is no surprise the project has flayed: from which portion of the train would be built first to cost projections to ridership estimates to how the rest of the funding would be secured.

Governor Newsom's State of the State address did acknowledge a problem diagnosis, though: "there's no doubt that our state's economy and quality of life depend on improving transportation." As someone who has lived in Los Angeles and the Bay Area and spent more hours than I want to count getting from point A to point B in California, my lived experiences match what the data say; California's transportation system is a problem.

But this problem isn't so much an intra-regional issue—an issue the high speed rail seeks to address—as it is an inter-regional. For example, a trip from downtown Santa Monica to downtown Los Angeles on the brand-new $1.5 billion LA Metro Expo Line light rail takes approximately 45 minutes. Meanwhile, the in-air flight time from LAX to San Jose's Norman Y. Mineta International Airport also takes approximately 45 minutes (and more often than not, requires a single-occupancy vehicle getting to and from both airports).

So yes, California's high speed rail looks more precarious than ever because California's leaders never actually led, instead first selecting a solution to implement even before exploring what the problem actually was that needed solved. Whatever is ultimately built—if anything—will be a legacy; just not the type of legacy Governors Schwarzenegger, Brown, and Newsom were expecting.

Carson Bruno is former assistant dean for program relations, admissions, and program services and an adjunct faculty in state and local policy at the Pepperdine School of Public Policy. Follow Bruno on twitter at @carsonjfbruno.

policy
Alumni
Related Posts
What is an MPP Salary?
What can I do with an MPP/JD Degree?
What Can I Do with a Master of Public Policy Degree?
Take the Next Step