SPP and the US Election Assistance Commission to Host HAVA at 20: Building Trust in Elections Conference | Newsroom | School of Public Policy Newsroom Skip to main content

SPP and the US Election Assistance Commission to Host HAVA at 20: Building Trust in Elections Conference 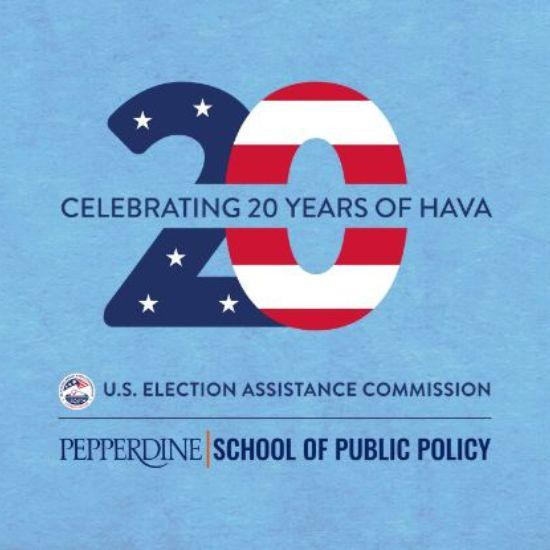 On Thursday, September 1, the US Election Assistance Commission (EAC), in partnership with the Pepperdine University School of Public Policy (SPP), will host an in-person event highlighting some of the key election issues in advance of the upcoming 2022 midterm election. The event -- which will be broken down into four panels—will also detail the state of elections in the 20 years since the passage of the Help America Vote Act (HAVA), a watershed bipartisan piece of legislation that instituted key improvements to voting systems and election administration and established the EAC.

HAVA at 20: Building Trust in Elections will consist of four panels, beginning with a discussion around public confidence in elections. This will be followed by a second panel on security and technology in elections, a third on the current issues facing election administrations, and conclude with a panel outlaying a look-ahead to the next 20 years of elections under HAVA.

This event is part of the EAC’s commemoration of the 20-year anniversary of the signing of HAVA, which led to critical reforms to the nation's voting processes and addressed improvements to voting systems and voter access that were identified following the 2000 election. HAVA mandates that EAC test and certify voting equipment, maintain the National Voter Registration Form, distribute federal grants for election administration issues, and administer a national clearinghouse on elections that includes shared practices, information for voters, and other resources to improve elections.

This event will also commemorate the 25th year of SPP. The school was founded in 1997 following the launch of the Davenport Institute in 1996. SPP is built on a distinctive philosophy of preparing public leaders to use tools of analysis combined with their moral sense to affect successful implementation and real change. Through a curriculum grounded in understanding policy’s inherent philosophical and historical dimensions, SPP prepares cross-sector leaders for careers that strengthen the institutions of the private, nonprofit, and government sectors.

Learn more about HAVA at 20: Building Trust in Elections and register to attend today.