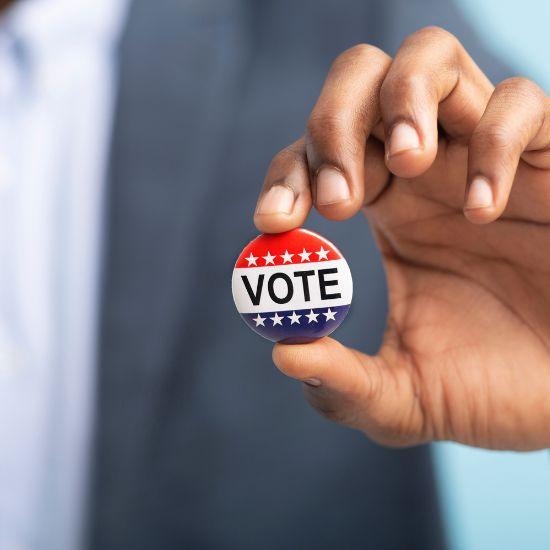 Once again, California voters will be expected to decide upon candidate races—from local offices to federal—as well a large number of ballot initiatives. How can we be best informed for so many decisions?

Attendees will learn about the various ballot measures and top political races. This lecture covers a fast-moving agenda that will include debates, a luncheon keynote by noted civil rights attorney Connie Rice, Q and A, and the latest polling data on Californians' views of our election system and the initiative/referendum process. A special panel will include a presentation from current School of Public Policy students on the state ballot measures from the Policy Relationships of State and Local Government class taught by Joel Fox.

About the Featured Speakers

Mark Baldassare is president and CEO of the Public Policy Institute of California (PPIC), where he holds the Arjay and Frances Fearing Miller Chair in Public Policy. He is a leading expert on public opinion and survey methodology and has directed the PPIC Statewide Survey since 1998. He is an authority on elections, voter behavior, and political and fiscal reform, authoring ten books and numerous reports on these topics. He often provides testimony before legislative committees and state commissions, and regularly hosts PPIC’s Speaker Series, a public forum featuring in-depth interviews with state and national leaders. Previously, he served as PPIC’s director of research. Before joining PPIC, he was a professor of urban and regional planning at the University of California, Irvine, where he held the Johnson Chair in Civic Governance. He has conducted surveys for the Los Angeles Times, the San Francisco Chronicle, and the California Business Roundtable.

Pete Peterson is the dean and Braun Family Dean’s Chair of the Pepperdine School of Public Policy, and a leading national speaker and writer on issues related to civic participation and the use of technology to make government more responsive and transparent. He was the first executive director of the Davenport Institute for Public Engagement at the school and continues to lead public sector training programs for the Institute. He has co-created and currently co-facilitates the training seminar, "Public Engagement: The Vital Leadership Skill in Difficult Times" a program that has been attended by more than 4,000 municipal officials, and he also co-created and co-facilitates the certificate program, "Leading Smart Communities: Creating a Better Future through Emerging Technologies”. He serves on the Leadership Council of California Forward, the Healthy Democracies Advisory Council organized by Public Agenda, and chairs the governance committee for the Public Interest Technology-University Network. Peterson was the Republican candidate for California Secretary of State in 2014.

Connie Rice is a lawyer, author, and public intellectual renowned for fighting systemic injustice and advancing multiracial democracy. Through coalition cases and campaigns, her work has won over $10 billion in lawsuit damages and policy changes that expanded safety and opportunity for millions in poor neighborhoods. Rice’s advocacy has earned more than 50 major awards and prompted Los Angeles Magazine to call her “the voice for LA’s oppressed.” The hallmarks of her work yielded extraordinary success inside and outside of the courtroom. In 2004, Rice and her colleagues at the NAACP Legal Defense Fund represented Los Angeles bus riders in a landmark public transit case that won the largest civil rights settlement in US history. In other winning coalition lawsuits, Rice stopped police misconduct, race and sex job discrimination, and unfair policies in probation, public housing, environmental justice, and capital punishment. Rice and her law partners also spearheaded a school construction campaign that won a $750 million case settlement, helped pass over $15 billion in local school construction bonds, and oversaw the construction of 135 new schools. In her most important work outside of the courtroom, Rice galvanized the police, community, and government to transform inner-city policing and end a gang homicide epidemic. With Los Angeles Police Department Chief Charlie Beck she pioneered the Community Safety Partnership, a University of California, Los Angeles validated policing that replaces mass incarceration enforcement with holistic guardian policing.

Dan Schnur is an adjunct faculty at the Pepperdine School of Public Policy and a professor at the University of Southern California's Annenberg School of Communications and the University of California, Berkeley, Institute of Governmental Studies. He has been teaching courses in politics, communications, and leadership since 1996 and has also taught at the John F. Kennedy School of Government at Harvard University and George Washington University's Graduate School of Political Management. He is the director for the "California Influencers'' project, a statewide program in which 60 of the state's foremost experts in politics, policy, and government discuss the 2018 campaign. He is the founder of the USC/LA Times statewide political poll. Previously, Schnur worked on four presidential and three gubernatorial campaigns as one of California's leading political strategists and served as the national director of communications for the 2000 presidential campaign of US Senator John McCain and was the chief media spokesman for California Governor Pete Wilson. In 2010, Schnur was appointed chairman of the California Fair Political Practices Commission (FPPC), where he implemented groundbreaking campaign finance disclosure requirements. He also was a founder and cochairman of the Voices of Reform project, the bi-partisan statewide effort whose work laid the foundation for California's landmark redistricting reform. After completing his FPPC term, Schnur registered as a No-Party Preference voter and launched Fixing California, an organization dedicated to campaign finance and political reform. In 2014, he ran for statewide office as a non-partisan candidate for California Secretary of State. Schnur has been an advisor to multiple foundations, trusts, think tanks, and a variety of K-12 education and college and workforce preparedness efforts. His commentaries have appeared in several newspapers, including the Los Angeles Times, the San Francisco Chronicle, the Sacramento Bee, the Wall Street Journal, the Washington Post, and the New York Times. In addition, he has been an analyst and political commentator for CNN, MSNBC, Fox News, and National Public Radio.