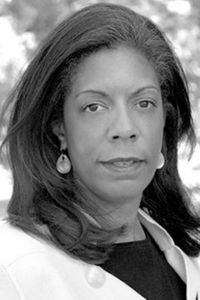 The Pepperdine School of Public Policy has announced that international relations, US foreign policy, and political strategy expert Kiron Skinner will join its faculty as the Taube Professor of International Relations and Politics. The appointment will begin in August 2022.

"I'm excited to join the Pepperdine School of Public Policy's faculty as the Taube Professor of International Relations and Politics," noted Skinner. Describing SPP's unique liberal arts approach to the graduate public policy degree, she added, "SPP's commitment to teaching public policy through great books and more recent additions to the Canon is a distinctive way to prepare graduate students to address societal challenges in the workforce through the lens of big ideas and underlying philosophies."

Skinner concluded by adding the unique historical connection she has to SPP, sharing, "The late James Q. Wilson welcomed me to Harvard as a young doctoral student. I look forward to building upon his foundational SPP legacy of combining pedagogy marked by an intellectually diverse toolkit and rigorous social science research."

Skinner's past government service includes serving as the director of the office of policy planning and senior advisor at the US Department of State (2018-19), membership on the US Department of Defense's Defense Policy Board as an adviser on the Iraq and Afghanistan Wars, the Chief of Naval Operations' Executive Panel, the National Academies Committee on Behavioral and Social Science Research to Improve Intelligence Analysis for National Security, and the National Security Education Board. From 2012 to 2015 she served on Pennsylvania governor Tom Corbett's Advisory Commission on African American Affairs.

Several of Skinner's colleagues from her academic and public service added their thoughts:

Skinner is a lifetime director on the board of the Atlantic Council in Washington, DC. She is a member of the Council on Foreign Relations in New York City and the Pacific Council on International Policy in Los Angeles. She holds MA and PhD degrees in political science and international relations from Harvard University and undergraduate degrees from Spelman College and Sacramento City College.