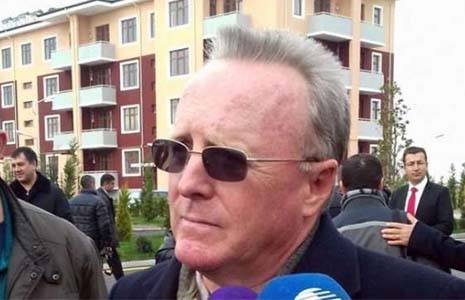 "Having supported the Taliban all these years, Pakistan now finds itself on the verge of having a fundamentalist regime on its doorstep—a case of discovering that sometimes one’s wishes should not come true.” So writes SPP’s Dr. James Coyle in his most recent article “Afghanistan’s Place on the Silk Road” in Baku Dialogues.

Coyle has been teaching at the Pepperdine School of Public Policy since 2002. He is the author of Russia’s Border Wars and Frozen Conflicts (2018) and Russia’s Interventions in Frozen Conflicts: the Case of Armenia and Azerbaijan (2020). He is currently working on a third monograph with the help of two Pepperdine graduate researchers, on Russian-Georgian relations.

In the Baku Dialogues article, Coyle explains that America’s withdrawal from Afghanistan has given China an opening to expand its economic footprint. China is interested in Afghanistan’s rare earth metals, but shows little interest in filling the security role that the United States has vacated. Similarly, Russia wants good relations with Afghanistan in an effort to achieve stability in the republics of Central Asia with whom it has security agreements. In fact, writes Coyle, for almost every state that has a stake or an interest in Afghanistan’s future, the primary concern is making sure Afghan internal insecurity does not spill over its borders.

As for the United States, it has little or no role to play in Central or South Asia. Russia has threatened that if Washington tries to establish any bases in Central Asia, it will have a negative impact on all aspects of US-Russian relations. Pakistan has said it will not allow America to base troops in that country, and Afghanistan’s neighbor to the West—Iran—has been closed to the United States since 1979. When a president of the United States promises to respond to terrorist attacks “at a time and place of its choosing,” it means the Americans have no current options available.

Despite these setbacks, America remains the preeminent superpower in the world. Pundits who predict America’s imminent demise are mistaken, writes Coyle. “Its nuclear arsenal is only rivaled by Russia; its conventional forces have no real peer competitor. America has a treaty network that spans the globe, and its economy remains the wonder of the world. The crush of would-be-immigrants crowding the country’s southern borders are proof that it remains a culture that attracts more than repels.”

James J. Coyle, PhD is the CEO of Coyle International Consulting Incorporated, a company that specializes in national security issues and how they affect corporate interests.