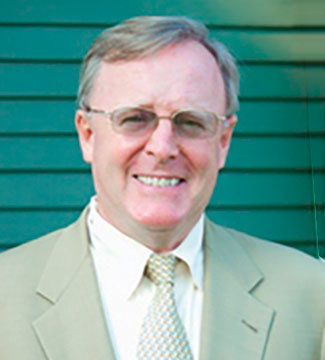 Over the past 25 years, James Coyle has held a number of positions in the federal government, including director of Middle East studies at the U.S. Army War College; first secretary for political-military affairs at the U.S. Embassy in Ankara; senior political analyst for Palestinian affairs; and special assistant to the FBI/New York Joint Terrorism Task Force. He is co-author of Culture and Conflict in the Middle East published in December 2003 by Prentice-Hall. Coyle speaks and/or reads Turkish, Persian, French, and German in various degrees of proficiency.

Coyle received his bachelor of science in foreign service from Georgetown University, his master's degree in public administration from Temple University, and a PhD in political science from George Washington University. His dissertation topic was "Nationalism in Iranian Kurdistan.

Coyle is director of Chapman University's Center for Global Education".