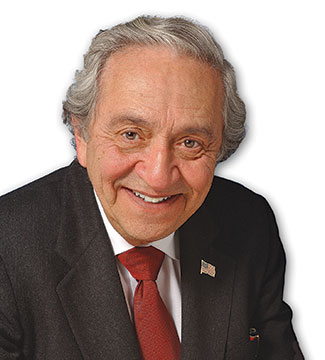 Bruce Herschensohn was a television and radio political commentator, who taught a beloved course on foreign policy at SPP for over a decade. After retiring from teaching, Herschensohn gave regular lectures on current events for many years After service in the United States Air Force, he began his own motion picture company and was appointed director of motion pictures and television for the United States Information Agency (USIA). In 1969, he was selected as one of the Ten Outstanding Young Men in the Federal Government. He received the second-highest civilian award, the Distinguished Service Medal, and then became deputy special assistant to President Nixon. He was appointed a member of the Reagan Transition Team and in 1992 was the Republican nominee for the United States Senate in California. He was a Fellow at the John F. Kennedy Institute of Politics at Harvard University and a Distinguished Fellow of the Claremont Institute.

Herschensohn is the author of several books, the most recent being, Above Empyrean (2008) and An American Amnesia (2010).