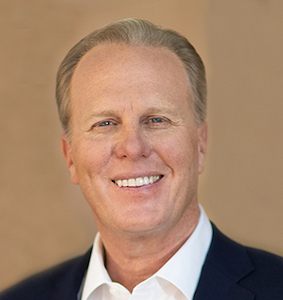 The Pepperdine School of Public Policy (SPP) is pleased to announce the appointment of outgoing San Diego mayor Kevin Faulconer as visiting professor of community leadership and government innovation for the 2021 calendar year. He will begin his service to the University on January 1, 2021. During his term, Faulconer will teach a new graduate course, titled “Innovative Local Leadership,” in the school’s State and Local Policy specialization. He will also provide regular public lectures and consult on the development of coursework for the Master of Public Policy (MPP) program and forthcoming online degree program.

“As a graduate program focused on preparing public leaders who make government systems more efficient and responsive to the needs of residents, I’m delighted to welcome a nationally recognized leader in this field in Mayor Faulconer to Pepperdine,” noted Pete Peterson, Dean and Braun Family Dean’s Chair of the School of Public Policy. “We’ve seen significant growth in the number of students who come to the School of Public Policy, seeking innovative solutions on issues from housing and homelessness to education policy and fiscal transparency at the local level. I’m excited that they’ll get the chance to learn from the mayor as we continue to build out our programming in this area.”

Faulconer, who is officially completing his second and final term as mayor of San Diego, is looking forward to the new chapter.

“I’m honored to join the faculty of Pepperdine’s distinguished School of Public Policy,” Mayor Faulconer said. “California is where new opportunities take hold and new ideas take flight, and our government must embrace these values so it can better serve the public. I’m proud to share with the next generation of public servants the successes, lessons, and insights learned during my time as mayor and city councilmember in San Diego, and to work with Dean Peterson to envision new leadership programs for the school.”

Within SPP’s state and local government programming, the school has become nationally recognized for its Davenport Institute for Public Engagement and Civic Leadership, which studies, teaches, and trains public-sector leaders to better involve their residents in policymaking through improved processes and technology. The school has prepared hundreds of alumni for careers in state and municipal government throughout California and the country.

SPP has also developed coursework centered on the impact of technology on local government processes and was recently named one of 21 founding members of the Public Interest Technology-University Network—a national association of academic centers exploring issues at the intersection of public policy, government, and technology. This year, SPP launched a new professional certificate for municipal government officials, titled Leading Smart Communities, and has plans to expand these seminars in 2021.

In his new role, Faulconer will work with Peterson along with SPP faculty and staff to develop and explore new growth opportunities for these programs based on his years of experience in deploying similar efforts in San Diego. Under Faulconer’s leadership, the City of San Diego has been nationally recognized for its use of technology to simplify government processes, including overhauling the city’s archaic website, deploying customer-focused apps and technologies, and creating the Performance & Analytics Department. These efforts earned San Diego national acclaim ranging from its naming as a top “Digital City” (2019) by the Center for Digital Government to its top ranking as the American City most “Equipt to Innovate” (2018) by Governing Institute to its “Silver Certification” (2020) as one of the nation’s few “What Works Cities” in the category of data transparency.

Prior to being elected mayor in 2014, Faulconer served for seven years on the San Diego City Council, where he was elected as council president pro tempore and the inaugural chair of the city’s audit committee. He went on to serve as the city’s mayor for two terms.