The School of Public Policy will host its 2014 commencement ceremony Friday, Apr. 25, at 10:30 a.m. at Alumni Park, Malibu. Ximena V. Del Carpio ('98, MBA '00, MPP '00), a senior economist in the Human Development, Social Protection, and Labor Unit of the World Bank, will be honored as a Distinguished Alumnus. Victor Davis Hanson, the Spring 2014 William E. Simon Distinguished Visiting Professor at the School of Public Policy, will address the graduates and receive an Honorary Degree. 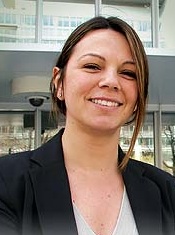 Ximena V. Del Carpio is a senior economist in the Human Development, Social Protection and Labor Unit of the World Bank. At the World Bank she has emerged as a leader on such tasks and topics as labor market policies, labor mobility, workforce development and labor market skills, and gender equality.   Her responsibilities with the bank have taken her around the globe, including Latin America, east Asia, and the Pacific. She currently works in the Europe and central Asia region.

Before joining the World Bank, Dr. Del Carpio worked in a program funded by the U.S. Department of Commerce, which was providing assistance to U.S. minority-owned businesses. Her extensive scholarship credits include reports and academic papers on a wide-ranging number of economic-development topics including labor and wage policy, child labor, rural development, education and skills, gender equality, and migration.

Dr. Del Carpio has received numerous recognitions for her analytical and operational work. In 2013 she was awarded the prize for Best Analytical Work in Human Development, as well as a similar prize from the Finance Academy of the World Bank.

Dr. Del Carpio received a master's degree in economics and a PhD in political economy from the University of Southern California. She has the distinction of being a triple alumna of Pepperdine University. She received her bachelor of science in business administration from Seaver College in 1998, her master of business administration from the Graziadio School of Business and Management in 2000, and her master of public policy from the School of Public Policy also in 2000. 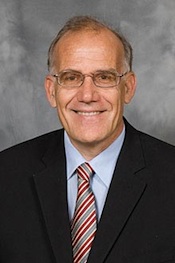 Victor Davis Hanson currently serves as the Spring 2014 William E. Simon Distinguished Visiting Professor at the School of Public Policy. He is also the Martin and Illie Anderson Senior Fellow in Residence in Classics and Military History at the Hoover Institution, Stanford University, a Professor of Classics Emeritus at California State University, Fresno, the Wayne and Marcia Buske Distinguished Fellow in History at Hillsdale College, and a nationally syndicated columnist for Tribune Media Services..

Professor Hanson is widely read and highly acclaimed author of history both for academia and the general public. His most recent books include The Savior Generals, a historical novel The End of Sparta, and The Father of Us All, a collection of earlier essays on warfare ancient and modern.

He has also written many articles for publications ranging from the New York Times and Wall Street Journal to the Claremont Review of Books and the Wilson Quarterly. He has been interviewed often on National Public Radio, PBS Newshour, Fox News, CNN, and C-Span's Book TV and In-Depth. Since 2001 he has written a weekly column for National Review Online, and in 2004, began his weekly syndicated column for Tribune Media Services.

Professor Hanson is a recipient of the National Humanities Medal, the Bradley Prize, and the Breindel Award for opinion journalism.