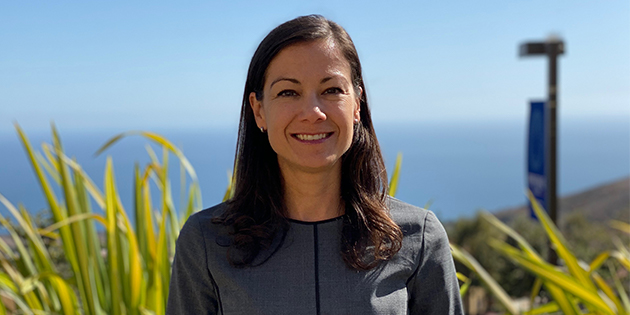 The Pepperdine School of Public Policy (SPP) is pleased to announce Dr. Luisa Blanco as professor of public policy. Dean Pete Peterson announced this promotion on August 1, 2020. Blanco has dedicated more than 14 academic years of service to SPP when she first started teaching in 2007.

Blanco teaches a wide array of economic courses, such as: Global Economics, Latin American Economic Development, Applied Economic Analysis for Public Policy II (Macroeconomics), and Policy Research Seminar (Capstone). Her courses are sought after by students because she brings real-world experiences to life, such as scheduling class tours through the Federal Reserve in downtown Los Angeles.

“As a Latina economist, It is an honor and a privilege for me to be granted the title of full professor," stated Blanco. "We need more diversity in the economics profession, and specially at the full professor level, where according to the latest statistics by the American Economic Association only 5% are from a minority group.”

Blanco specializes in development and international economics, with a focus on Latin America. Her research interests pertain to the wellbeing of Latin Americans at home and abroad. She is a Robert Wood Johnson Fellow and a board member at University of California, Los Angeles (UCLA) Resource Center for Minority Aging Research-Center for Health Improvement of Minority Elderly (RCMAR-CHIME). Blanco’s current work is in the area of consumer and household finance with a focus on minorities in the United States.

During her 14 years of service, Blanco took one sabbatical leave in the fall of 2015. She also was a senior visiting scholar at the Opportunity and Inclusive Growth Institute at the Federal Reserve of Minneapolis in 2017-2018.

“I’m delighted to see Dr. Blanco’s promotion to full professor here at SPP,” noted Pete Peterson, dean of the School of Public Policy. “A noted and original researcher, her groundbreaking scholarship focuses on improving the well-being of those with the fewest resources. She’s a deeply respected professor by her students, and I remain honored to have her on faculty here,” he added.

Blanco has published 33 articles in peer reviewed journals in diverse fields, such as European Journal of Political Economy, Journal of Consumer Affairs, Journal of Family and Economic Issues, Latin American Economic Research Review, and World Development, among others.

Blanco's recently published and extensive research include “The Racial/Ethnic Differences in Financial Literacy in the Population and by Income,” “A Community Based Randomized Controlled Trial on an Educational Intervention to Promote Retirement Saving Among Hispanics,” “Household Responses to the Escalation of Violent Crime in Mexico,” and “Synergies and Competition: Export Survival in Africa and Latin America,” among more.

She recently received a grant from the Robert Wood Johnson Foundation as part of the Interdisciplinary Research Leaders Program to conduct a community-based mobile intervention  "Mind your Money." The purpose of this study is to improve financial knowledge and money management skills among the Latino community through a mobile educational program.