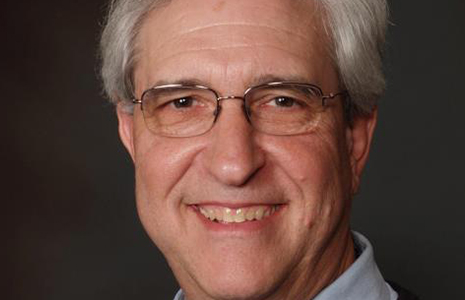 Tax Reform is the Next Washington Debate

The next great Washington debate will be over tax reform and accomplishing tax cuts will have major and positive implications for California businesses and jobs.

If done right, tax reform is really a jobs bill. Cutting taxes for large and small businesses to 15 percent, as President Donald Trump wants to do, puts more resources in the hands of business leaders and entrepreneurs to expand business and create jobs. Cutting taxes through increased deductions will help workers gain larger paychecks.

For California small business owners, the White House plan is especially important because of the recent income tax increases voters have levied in the Golden State.

The president’s tax plan to lower rates would apply to small and mid-size businesses that organize as pass-through entities. Under federal law, sole proprietorships, partnerships, LLCs and S corporations are classified as pass-through entities. Such business entities are not subject to income taxes, however, the owners of the entities are taxed as individuals, taking into account their share of the profits and losses.

In California, many owners of pass-through entities have to deal with some of the highest income taxes in the country. The double whammy comes with steep federal income taxes. Reducing taxes on the federal level would at least offset some of the sting from the astronomically high state income tax rates increased with ballot propositions in 2012 and extended in 2016.

California is also home to some of the biggest corporations, especially those situated in the Silicon Valley. The president’s tax reform is intended to incentivize companies to bring cash home that is piling up overseas because of lower tax rates in foreign lands.

While other countries have lowered the corporate tax rates, the United States’ corporate rate has remained steady — and non-competitive — at 35 percent. The current tax system encourages businesses to keep money overseas instead of bringing it home to invest in productive ways in this country. Estimates put American multinational corporate dollars overseas at over $2.5 trillion.

If Congress goes along with the president’s goal of a 15 percent corporate tax rate, suddenly the U.S. rate will undercut the average of other democratic market-economy countries’ tax rate by nearly 10 percent.

The obstacles standing in the way of multinational companies by a non-productive U.S. tax code often encourage businesses to “inversion,” a bureaucratic term that simply means moving headquarters to foreign lands with lower tax rates.

Clearly tax reform as envisioned by the White House will bring more money home, keep businesses in the U.S., fire-up the economy and create jobs. It happened before when both presidents John F. Kennedy and Ronald Reagan cut taxes.

Perhaps, more important, tax cuts will help everyday Americans. Not only are the promises of more jobs, higher wages and a growing economy tied to the economics of the tax reform debate, but also the prospect of a smaller tax burden for individual Americans is on the table.

Recently, the Bureau of Labor Statistics calculated that the average Americans living in “consumer units” (which include families, financially independent individuals, and people living in a single household who share expenses) spent more on average on federal, state and local taxes than they did on food and clothing.

The simple conclusion is that all need tax reform — small businesses, big businesses and individuals — to get the economy percolating.

The president set the course now Congress must deliver.