Pete Peterson (MPP '07) on Public Engagement and, Literally, a Platform for Civic Innovation

Pete Peterson on public engagement and, literally, a platform for civic innovation 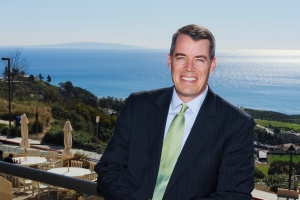 Davenport Institute’s Pete Peterson has spent the last seven years working with local governments on improving their approach to public engagement. Now, he’s running for California secretary of state on a platform centered around civic innovation.

What are you working on as part of your role with the Davenport Institute?

The purpose of the Davenport Institute for Public Engagement is to “help solve California’s public problems by promoting citizens’ participation in governance.” While I do teach a class here at Pepperdine’s School of Public Policy titled, “Leadership through Public Engagement,” most of the work we do is outside the classroom in one of three program areas:

Grantmaking: For the last six years we have provided a “Public Engagement Grant Program,” offering California municipalities and civic organizations grant support for more inclusive, participatory public processes. Over this time, we have offered over $300,000 to support of better public processes on issues ranging from budgets to water policy.

Consulting: We are contracted by municipalities to consult on and lead better public processes, but we also have a “Rolodex” of qualified vendors and online engagement platform providers that we’re happy to recommend to particular projects.

Training/promoting: We lead training programs – mostly half-day and full-day seminars – for public sector officials on improving public processes, and using technology to better engage residents. Over the last five-plus years we’ve trained over 700 public sector leaders. Along with my assistant director, Ashley Trim, and senior fellow, Ed Everett, I also speak on the subjects of technology and government at municipal conferences.

We also research public engagement practices in local government, and promote the latest in the field through one of three blogs we maintain – including “Gov2.0Watch.”

The Institute is supported by an advisory council of local government officials from throughout California who have an interest in participatory governance.

What are the biggest questions/concerns government has for you during your seminars?

The biggest concerns we receive are based on many painful experiences these officials have had with something they thought was “public engagement”, but was really, “public comment.”

As it pertains to technology, we notice that much of the information these leaders receive about the world of “Gov 2.0” is coming from vendors themselves, and they rightly believe they’re not receiving context to how these technologies and platforms fit together. There is also a generalized fear of open data, and how governments can provide data in a format that can be understood by citizens.

And what’s your advice?

To the first concern, we make the point that the fear many have of public engagement is really founded on flawed processes – not solely on a difficult citizenry or a challenging policy issue.

At the same time, effective public engagement is not about “blue-skying” an issue; it is about putting possible options with their legitimate trade-offs in front of the public for deliberation between members of the public. This is much different than the standard, “3 mins at the mic” confrontational process, which often results in little learning, and less collaboration.

To the concerns around technology, we developed the training to address the issue of helping public sector leaders understand how your goals for public engagement should determine the technology you employ and not the other way around.

“If we build it they will come”, does not work in “Gov 2.0”, as it rarely works in standard face-to-face public engagement. Comparable to the objections around public engagement, we also respond the open data is not about “blue-skying” (aka, “data dumping”), but providing data visualizations to help citizens understand how the data can answer their policy questions.

You’re running for California secretary of state. What’s your platform as it relates to government innovation?

Government innovation is at the center of my statewide campaign. It has been my experience over the last seven years of working with governments that what’s called “innovation” is some combination of better collaboration (inside government), and better engagement of the public.

I’m reframing what is usually seen as a bureaucratic organization, trying to become the state’s first “Chief Engagement Officer” for Californians and California businesses. So much of what the secretary of state should do revolves around using better processes and technology to engage and inform citizens as they get involved in policy decisions or start up a business in the state.

I have a “5 Point Plan” to transform the office in to one that will make government more responsive to Californians and California businesses. The “points” range from creating a performance-based metric for the SoS in how it performs its duties as chief elections officer, and chief business registrar, to using better design and technology to engage and inform voters. That’s why I’ve launched a MindMixer platform as part of my campaign website (petesos.com) – I really want folks to see how technology can stimulate engagement.

Prior to my work at Davenport, I worked in direct marketing and web development, so I understand the importance of good, logical design combined with technology in encouraging participation.