For Love of Neighbor: Politics for the Common Good Screening and Discussion | Newsroom | School of Public Policy Newsroom Skip to main content

For Love of Neighbor: Politics for the Common Good Screening and Discussion 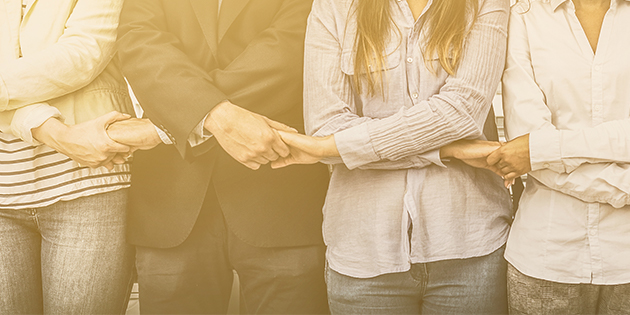 Join the Pepperdine School of Public Policy for a screening and post-screening discussion of For Love of Neighbor: Politics for the Common Good on Tuesday, October 13, 2020 at 5:00 PM PDT. This documentary film tells the stories of three Christians searching for a better way to engage in contemporary politics and public life: Senator Tim Scott, US Senator of South Carolina, Justin Giboney, founder of the AND Campaign, and Sarah Imboden, a Town Councilperson for Red Hook, New York.

In a time of divisiveness, apathy, and uncertainty, For Love of Neighbor offers hopeful narratives and an intellectual framework for faithful Christian engagement in contemporary politics.

Our event co-sponsor, American Enterprise Institute's Initiative on Faith and Public Life, has provided us advanced access to For Love of Neighbor: Politics for the Common Good. We invite you to continue the discussion by tuning into our post-screening webinar with School of Public Policy alumni, Christian Daly (MPP '16) and Hans Zeiger (MPP '09) who have run for public office.

Daly is a California native, born and raised in the San Gabriel Valley. An alumnus of SPP,  after graduating with a specialization in state and local policy and international relations, he went on to work for the County of Los Angeles, and spent his most recent years as a deputy supervisor for the Fifth Supervisorial District of the Los Angeles County Board of Supervisors. He represented the county and advocated for residents in nine communities in the San Gabriel Valley. His passion for the community led him to run as a “No Party Preference” candidate for the US House of Representatives, California’s 27th Congressional District earlier this year.

Zeiger, also an alumnus of SPP, specialized in American politics and international relations. He began representing Pierce County residents in 2011 as a Republican, serving three terms in the state House of Representatives before 25th District voters elected him to the Washington State Senate in 2016. Hans represents the communities of Puyallup, Fife, Midland, Parkland, South Hill, Summit and Waller.  Zeiger serves as ranking member of the Housing Stability & Affordability Committee and State Government, Tribal Relations & Elections Committee. He is also a member of the Transportation Committee and Human Services, Re-entry & Rehabilitation Committee. He gained a reputation as a bipartisan collaborator, being named by the National Institute for Civil Discourse as co-recipient of the Gabrielle Giffords Award for Civility in State Governance in 2015.

Following the livestream of the movie, all viewers are invited into a separate Zoom webinar conversation with Daly and Zeiger to discuss what it’s like to run for office.

Watch the trailer and register, here.