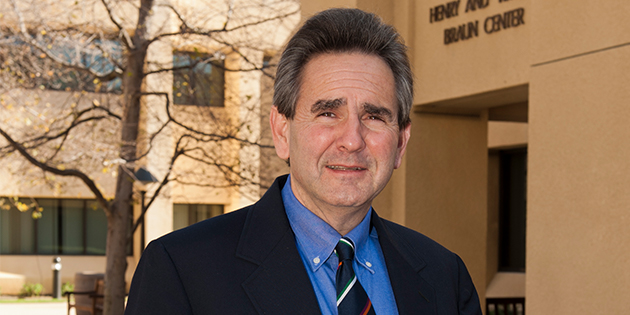 On September 21, 2020, Dr. Robert Kaufman, Robert and Katheryn Dockson Professor of Public Policy, joined the Seth Leibsohn Show to discuss the recent passing of Ruth Bader Ginsburg and what to do with her SCOTUS seat.

Kaufman is a political scientist specializing in American foreign policy, national security, international relations, and various aspects of American politics. Kaufman received his JD from Georgetown University Law School in Washington, DC, and his BA, MA, M. Phil., and PhD from Columbia University in the city of New York. In May 2016, Kaufman received an LLM in dispute resolution from the Straus Institute at the Pepperdine University Caruso School of Law.

Kaufman has written frequently for scholarly journals and popular publications, including The Weekly Standard, PolicyReview, The Washington Times, the Baltimore Sun, The Philadelphia Inquirer, the Seattle Post-Intelligencer, the Wall Street Journal, the New York Times, and Lifezette. He is the author of four books, including his most recent, Dangerous Doctrine: How Obama's Grand Strategy Weakened America (University Press of Kentucky, May 6, 2016). His other publications include In Defense of the Bush Doctrine; a biography, Henry M. Jackson: A Life in Politics, which received the Emil and Katherine Sick Award for the best book on the history of the Pacific Northwest; and Arms Control During the Pre-Nuclear Era. Kaufman also assisted President Richard M. Nixon in the research and writing of Nixon's final book, Beyond Peace. Kaufman is currently working on a new publication entitled The "Principled Realism" of President Trump—Two Cheers.