The Politics of Moral Outrage

by Ted McAllister| Library of Law and Liberty 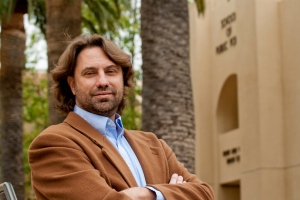 Moral outrage, when it is not fatuous, is politically potent. Vivid examples of politicians and commentators in full-throated, red-faced attacks against malignant motives and vicious political acts come easily to mind for all but the most apolitical. In some cases these outbursts are reactions against assaults on how things are or have been—on the decent order of things as inherited. But any honest observer must acknowledge that the more successful production of moral outrage has issued from those seeking fundamental transformation. It is from this side of the political spectrum that we have the most sustained, most direct, most uncompromising description of opponents as haters or otherwise motivated by unsavory and selfish desires. The objective—at least the most important objective—is to raise the cost of disagreement with these arbiters of modern morality so as to push overt disagreement out of the public conversation.

The Hobby Lobby Supreme Court decision is part of a “war” on women because it allowed a corporation to refrain from offering four forms of contraception to its employees even while offering sixteen other forms. This is moral clarity and moral outrage—it is simple, direct, universal, and visceral, to say nothing of bombastic. The political virtue of this outrage is its power to draw a line between right and wrong, probity and immorality. Publicly declaring that line, with sufficient fervor and single-mindedness, creates a public space for shaming the immoral, which has the effect of turning people away from that space in favor of safer private or semi-public places. If successful, then, a majority of citizens avoid challenging these ideas or, for that matter, even formulating their reasons why they might challenge them.

Progressive outrage has a predictable companion: the blinding complexity of all subjects currently on their moral radar. So, while moral lines drawn with such stark clarity helps control public deliberation, it must also come with a pronounced moral murkiness on other subjects, so as to protect themselves under a cope of perplexity. President Obama, of course, is famous for his self-declared comfort with complexity and on many subjects where he or others in power are called on to give some clear course of action to be taken (leadership) the public is told that the dilemmas of the subject require an indirect or even passive approach.

Before Mr. Obama favored same-sex marriage, he stressed the complexity of the subject in justification for his sympathy for gay couples while supporting laws that defend traditional definitions of marriage. Such complexity turned into simple clarity when the political way became clear and when the President no longer needed cover for inaction.

Many examples from foreign policy—particularly when the administration is resisting calls for direct and immediate action—become episodes so lost in historical, economic, religious, and ethnic tangles that relative inaction represents the highest expression of prudence. Refusing moral outrage—refusing to call evil people evil—becomes the hallmark of a nuanced policy that has superseded moralism in favor of nuance. Most importantly, the declared nuance of the subject, along with Obama’s “comfort” with it, suggests that all claims to moral clarity by opponents issue either from bad motives or weak minds.

A pattern of righteous clarity and moral equivalence emerges, bound together as rhetorical devices to shame opponents as either immoral or as rubes. Underlying this pattern, however, is a pulsating urgency and Puritanical desire to purge our society of inherited injustices.

The political and rhetorical necessity of Progressive outrage is evident in MSNBC diatribes against racists, haters, and the great expanse of morally stunted folk stuck in metaphorical Kansas. But we can better identify its centrality to the cause by looking at the way Progressives characterize their positive goals—look to the assumptions that need not be spoken. I take, as an example, Elizabeth Warren’s 11 commandments of Progressivism.

One of the commandments is: “We believe in science, and that means that we have a responsibility to protect this Earth.” Sounds positive enough—Progressives are pro-earth and they take as a moral obligation the human responsibility to protect it. Of course it is incoherent also—science is reified here and serves as a bogus authority, a strangely gnostic appeal to received knowledge. Not “the consensus of scientists” or “the current understanding among researchers”—but rather the thing called “science” that speaks to us like an oracle. The link between what this “science” says and what we are to do is utterly unclear—all the complexity, all the hard stuff, all the counter-evidence, all the confusions even about the nature of this authority, are transformed into a self-evident, self-serving, claim abut the moral superiority of those who follow the authority.

Several of Warren’s Progressive commandments stress entitlement or desert or claims to rights—all of them safeguarded by a massive and caring state. In each case where she declares a right to something, she avoids any discussion of the grounding, the justification, or even the meaning of this right. Instead of making a case for something, she asserts, on her own authority as a morally sensitive person, that these things are morally true—all complexity aside, all nuance understood as the enemy of the good.

Of necessity, she must chant a promiscuous paean to the god Equality: “We believe that equal means equal, and that’s true in marriage, it’s true in the workplace, it’s true in all of America.” Equal means equal! Pause to reflect on the vacuity of this claim. One might make any number of claims for defining marriage in such a way as to allow a myriad of legal couplings. One might make strong arguments in favor of fair and just treatment of people in the workplace. (I have no idea how to find some meaningful version of “It’s true in all of America.”) But Warren’s construction is the absence or even the negation of an argument. It is, in fact, a strangely childish appeal to a magic word that stands in for all manner of noble claims—claims that if examined explicitly would be incompatible and the whole rendered incoherent. Warren’s declaration serves as a Progressive simulacrum of its moral authority.

As reported by Emma Roller in a National Journal story linked above, Warren contrasted the moral selflessness of Progressives with the vile character of conservatives: “And the main tenet of conservatives’ philosophy, according to Warren? ‘I got mine. The rest of you are on your own.’ ” So, there you have it—Progressives care about you and they care for you, but conservatives do not. Clearer lines between the saints and the sinners we couldn’t hope to draw.

Stark lines in such matters are false and however useful outrage is during difficult times, moral platitudes must confront the experiences of people. Once the indignation has created a Manichean political map, too many people are unable to connect that map with their existing moral landscape. Frightened and timid people might live in this lie because they fear the social and even occupational consequences of expressing the truth of their lives. But a time comes—and for us that time is near—when moral fury is just an excuse for politicians and pundits to bully those who are not like them. Let us hope they suffer the just fate of bullies. This justice will come when the people of metaphorical Kansas no longer care what they are called and stand up for their deepest values in an idiom that fits their lives and experiences rather than in the distorting language of Progressive outrage.