Net neutrality policy and the future of your Internet

By James E. Prieger, The Hill 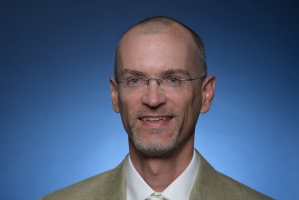 Recently, the Chronicle published Thea Selby’s account of her letter to the Federal Communications Commission, one of more than a million comments filed in connection with its “net neutrality” proposal to regulate how Internet service providers manage traffic on their networks.

As Ev Erlich responded on July 24, at the heart of the controversy is how regulators should treat your ISP: as they always have - as an entity that supplies you broadband Internet service - or more like the way they regulate common carriers such as AT&T, Verizon and others.

But how can we find the balance Erlich mentions between innovation and paying for service? Given the frenzy to demand that our Internet Service Providers (ISPs) be regulated as a telecommunications service, one solution that has been floated is ISPs to be regulated as common carriers. However, we should be careful what we wish for.  Based on the history of common carrier regulation, applying 20th century regulation to the Internet is likely to hinder innovation to the detriment of consumers.

The term common carrier regulation began with the simple idea that prices should be “common” to all similarly situated telephone customers.  The regulatory burden quickly grew far beyond that original mandate, however. Today those regulations run for almost a thousand pages, including rules for such cutting-edge issues as the price of telegraph service.  No one knows exactly what the consequences would be if we impose heavy-handed common carrier regulation on the Internet.

We can, however, learn from an earlier FCC attempt to establish a level playing field for competitors through regulation. And it wasn’t pretty.

In the 1980s, the FCC instituted rules that allowed dominant telephone companies to offer non-regulated enhanced services such as voicemail.  At the same time, the FCC forced these companies to allow competitors to connect to their phone networks to offer the same kinds of services.

Known Comparably Efficient Interconnection (CEI), this “temporary” regulation required carriers to get pre-approval of proposed outside services before the networks could be opened. Thirty years later the regulation still exists. While there have been some changes over the years, common carriers still must jump through these hoops.. Lesson one from this experience: nothing lasts so long as a “temporary” regulation.

Lesson two: common carrier regulation can stifle innovation. In addition to the costs of regulatory fees and compliance staff, CEI mandates that services must be reconfigured to meet inefficient and outdated requirements. This, along with time spent waiting for regulatory approval, led to an extended delay before new services may be launched to the public. In research published in The Review of Economics and Statistics, I found that the average regulatory delay for a new service was nine months.  In the quickly changing world of technology, that can be a product lifecycle.

Regulatory delay does not merely harm a company’s bottom line; it also hurts consumers. The first consumer impact is obvious:  valuable services get to customers later.  My research found that delaying the initial launch of just one service, voice mail, destroyed over $900 million of value for American consumers.  However, the most devastating cost of regulatory delay is less apparent: the regulation can destroy incentives for firms to release new services.  Facing postponed revenue and the potential for losing ground to the competition while waiting for approval, companies may simply conclude that a new offering isn’t worth the expense and headache.  To measure this impact, I studied an interim period when a court order temporarily set aside these regulations.  My study found that without regulation customers would have been able to receive 62% more services.

It may be beyond anyone’s ability to sift through those million comments sent to the FCC about how to handle the future of the Internet, but we all should be wary about efforts to take technology back to the 1980s, instead of forward into the 21st Century.