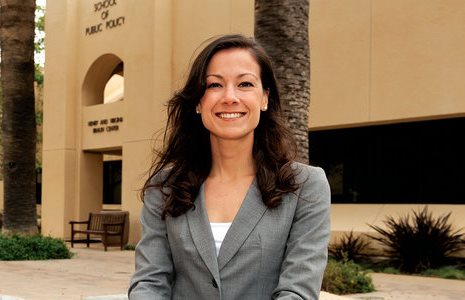 MOBILE TECHNOLOGY AS A TOOL FOR ECONOMIC INCLUSION

MORE MOBILE PHONES THAN INTERNET FOR AFRICAN AMERICANS AND HISPANICS The data on computer ownership shown here are from the American Community Survey in 2015. The survey asks if any member of a household owns any computers. The options include hand-held computers and smartphones (henceforth both are referred to as smartphones here).3 Asians have the greatest access to computers at home, at 96 percent, and African Americans the lowest, at 85 percent (Table 1). African Americans (70 percent) and Hispanics (75 percent) were least likely to have an internet subscription. A simple back-of-the-envelope calculation indicates that African Americans have a 60 percent probability of living in a household with a computer that has an internet subscription. For Hispanics, the probability is 66 percent. This compares to 76 percent for non-Hispanic whites. African Americans are least likely to own a smartphone (70 percent) (Table 1). Interestingly, whites and Hispanics are just as likely to own a smartphone. However, for 15 percent of Hispanics, their smartphone is the only computer in the household (compared with 6 percent for whites). Both African Americans and Hispanics are more likely to only have handheld devices as their primary means of accessing the internet.

One area in which mobile technology seems to boost economic inclusion is banking. In 2015, African American, Hispanic, and Asian households were less likely to have a bank account than non-Hispanic whites, by 16, 14, and 1 percentage points, respectively (Table 2).4 Bank accounts are associated with lower transaction costs and better financial management practices. Having a bank account is considered a first step in any form of asset building in the formal financial sector. On the other hand, there is a much narrower gap in mobile phone ownership among the unbanked and underbanked. African Americans and Hispanics are only 2 percentage points less likely to own a mobile phone than nonHispanic whites. Asians’ mobile phones ownership is similar to whites’. Relatively few people (approximately 30 percent) use mobile banking. Nonetheless, mobile banking use is similar across racial and ethnic groups, with only a 2-3 percentage point difference between groups (Table 2). Mobile banking has brought many unbanked people to the formal financial sector in developing countries. Promoting mobile banking could thus be an opportunity for financial institutions and policymakers to increase minorities’ participation in the US formal financial sector. Mobile technology can also facilitate economic inclusion by enhancing access to the labor market, health information, transportation, and shopping. Mobile technology facilitates economic transactions and will continue to drive innovation and provide opportunities to those who have been excluded from more traditional transactions.

Access the article and see the accompanying tables, here.