Dean Peterson on Conservatism and the "Tocqueville Prophecy" 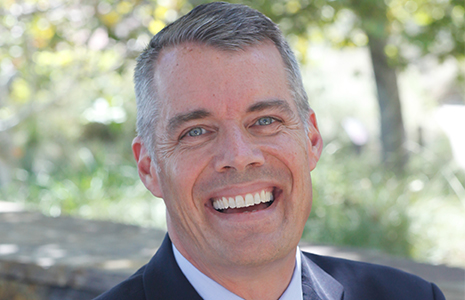 Can Conservatives Respond to the “Tocqueville Prophecy”?

Evidenced by data points ranging from declining levels of civic participation to the phenomenon known as “deaths of despair”, the watchwords of this era in America are “alienation” and “loneliness”. Reviewing dozens of studies on the topic, psychologist Julianne Holt-Lunstad at Brigham Young University concluded that levels of interpersonal isolation are at “the highest rates in human history, with those rates expected to increase.”

Our politics today both result from and contribute to this environment with extraordinary levels of antipathy between partisans alongside voters increasingly deciding “no party preference” to be their party of one. One of America’s great political and social observers described our current state, writing that in an era like ours, citizens “are withdrawn apart, is like a stranger to the destiny of all the others; his children and his particular friends form for him the entire human species; as for the remainder of his fellow citizens, he is next to them, but he does not see them…he exists only in himself and for himself alone, and if he still has a family, you can say that at least he no longer has a native country.” Alexis De Tocqueville penned these words with a view of America’s possible future in Book 2 of Democracy in America, published in 1840.

It was in Book 1, published five years before, where Tocqueville famously described the ability of Americans (including those who had arrived on our shores only months earlier) to balance their personal interests with those of their communities’, saying that they practiced a “self interest rightly understood”. But in Book 2, Tocqueville’s prophetic look at what happens when republics devolve in to democracies, he describes a time eerily similar to our own.

With increased wealth combined with a growing secularization, the Frenchmen foresaw this civic disconnection combined with a growing dependence on government to provide personalized services. He called it “an immense tutelary power” – but one that would be welcomed by a public where self interest devolved into selfishness. Self-governing citizens become demanding customers who want government to remove, what Tocqueville calls, “the pain of living.”

Under the rather auspicious title, “The American Project: On the Future of Conservatism”, a number of leading conservative scholars and activists from across the right side of the political spectrum gathered on Pepperdine School of Public Policy’s Malibu campus last summer. The conversations began with lamentations about the state of the GOP, but quickly transitioned to the need for the conservative movement to respond to this cultural moment.

The resulting signatory document from these deliberations titled, “A Way Forward”, is part history and part vision statement. Calling for a “conservatism of connection”, it outlines a renewed understanding and application of a conservatism, which celebrates the American Constitution, and the intricate system of tiered governing institutions, civic institutions, and an engaged citizenry it both devises and depends upon. In other words, it is a call to consider anew how Tocqueville’s “Book 1 America” can exist in 2018.

“Authentic conservatism is essentially about three connections,” argue the writers of “A Way Forward” – to our past, our future, and each other. Our past must provide a distinctive heritage all Americans can connect with, that we are, as Lincoln could say, “an almost chosen people.” Contrary to the perceptions of conservatism as being a force for the status quo, the document calls for a way to consider change and the future based on connecting “inherited ways to new conditions.” Finally, a renewed appreciation of America’s vibrant civil society – from churches to AA chapters – provides both essential services for connecting the lost, along with opportunities to serve one another in association with one another.

Progressives have noticed this era of disconnection in America as well, but their responses have ranged from ethnic and race-based identity politics to a reappearance by the “citizen of the world”. Each identity flips our national motto, “E Pluribus Unum” on its head, reeling from all diversity and no unity to all unity and no diversity. The conservatism described in “A Way Forward” understands that our geography-based affiliations from our towns to our states and nation provide essential points of connection to those often unlike ourselves.

It is also a conservatism that considers that these kinds of self-governing citizens are not formed by nature, but are nurtured through active participation in habit-forming institutions – from families to faith to work. Limited government, then, is not an end in and of itself, but a facilitator of civil society. The goal then, in this era of isolation, must be to protect and promote institutions that both teach and demand self-governing citizens – those concerned with “the destiny of all others” – so that we can all claim this as our “native country”.

Pete Peterson is dean of Pepperdine’s School of Public Policy, and site director of the American Project based at the school.