Some California Cities Are Learning the Culture the Digital Age Requires 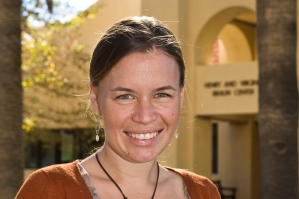 Three months after the disastrous launch of HealthCare.gov, there are lessons to be learned. But what are those lessons? And can California citizens and local governments learn them?

My concern for California governments in the digital age does not spring from skepticism about their interest or willingness. We are, after all, the home of Silicon Valley—the birthplace of tech start-ups. State agencies and local governments in California have been especially willing to enter the digital age. But then, so was the Obama administration. What keeps going wrong?

President Obama finds the root of the problem in government inefficiency: “Our IT systems—how we purchase technology in the federal government—is cumbersome, complicated, and outdated.”

There is nothing false in the president’s statement. In fact, it very much fits the popular narrative of the problems with governments and technology. Procurement processes are cumbersome; legal requirements (whether imposed by Republicans eager to promote accountability or by Democrats eager to appease their labor union political base) add further inflexibility to bureaucracy.

But the danger with this analysis is seeing the problem purely as a procedural one: streamline a process or two, change a few rules, and voilà! The government is now ready for the digital age. As technology writer Clay Shirky pointed out in Politico: “The biggest problem with HealthCare.gov was not its timeline or budget. The biggest problem was that the site did not work, and the administration decided to launch it anyway. This is not just a hiring problem or a procurement problem. This is a management problem and a cultural problem.” (The italics are mine.)

Technological innovation in government is hindered by a cultural fear of failure combined with the top-down management of bureaucratic administration. Such a culture is not conducive to innovation; as Shirky points out, “A culture that prefers deluding the boss over delivering bad news isn’t well equipped to try new things.” This approach all but guarantees the very failure that management wants to avoid.

HealthCare.gov is just one example of a government’s failed attempt at technological innovation. Californians have witnessed a number of tech disasters: from the DMV’s IT Modernization project and the VoteCal voter database to the expensive new payroll systems for state employees and L.A. Unified School District employees.

Must we throw up our hands and say, “Well that’s just government!”?

I’m optimistic that the culture of government can change. It has in the past. Many of the obstacles to technological innovation in government that exist today were created by a mid-century cultural shift toward a more professional and administrative government; current procedures for bidding and requisitions date to that shift. And efforts to make that bureaucracy fair, transparent, and accountable often hinder innovation, as officials tend to focus on disclosure and following the rules, rather than bending them to accommodate new ideas. California’s Brown Act, with its public reporting and meeting requirements, is an example of just the kind of inflexible reform that discourages smarter government.

To get technology right, governments need to learn to let go and allow the work of preparing a technology project—beta testing, phased rollouts, trial and error— drive timetables and decision-making. A website is only ready when the people building it, and those trying to use it, can show that it’s ready.

When it comes to learning the lessons of HealthCare.gov, my eyes are on local governments in California. In many city governments in California, there has been a cultural shift from a top-down administrative system to a more collaborative approach. Some of the biggest cultural changes have occurred in cities that experienced major failures. After its bankruptcy, the city of Vallejo launched the nation’s first citywide participatory budgeting project to allow local residents to set priorities and make decisions. After corruption and scandal were uncovered in the city of Bell, a new, reform government has engaged residents in all sorts of new ways.

Government officials fear that such reforms will cost them control and increase the risk of runaway projects. These are not baseless fears. There is real risk involved in moving away from a top-down administration to adopt new technologies or involve residents in policy-making. But there is also real risk in refusing to make that cultural shift.

That cultural shift is starting to happen. In a recent survey by the nonprofit civic organization Public Agenda, 85 percent of senior local government officials reported a shift in their views on public engagement since their careers began, with most saying that, over time, they came to value public engagement.

This new openness to input and collaboration—and the move away from command-and-control—are precisely what the digital age requires. It will be easy to identify the governments that don’t change; they’ll be the ones dealing with technological disasters that get compared to HealthCare.gov.