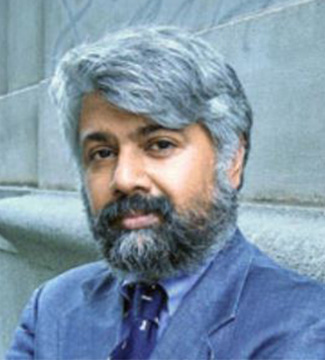 Tunku Varadarajan is a fellow at the American Enterprise Institute and also at the New York University Law School’s Classical Liberal Institute.  He is s a contributor to the Wall Street Journal’s editorial pages, for whom he writes op-eds and book reviews.  He has previously worked as the op-ed editor of the Wall Street Journal (from 2002-7) and as editor of Newsweek International.  Varadarajan’s other positions include: the Virginia Hobbs Carpenter Research Fellow in Journalism at Stanford University’s Hoover Institution; contributing editor at POLITICO Europe; executive editor for opinion at Forbes; and bureau chief at the Times of London in New York and Madrid.  He has been a clinical professor at the Stern School of Business at New York University, an adjunct professor at Columbia University’s Graduate School of Journalism and at CUNY’s Graduate School of Journalism, as well as a lecturer in law at Trinity College, Oxford.