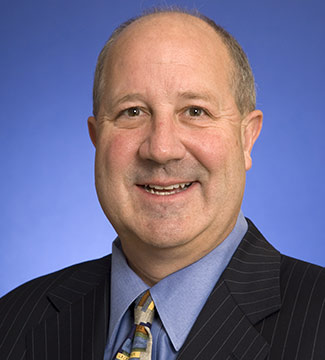 Steven F. Hayward is currently the Thomas Smith Distinguished Fellow at the John M. Ashbrook Center at Ashland University, where he directs the Ashbrook Center's new program in political economy. For the last decade, he was the F.K. Weyerhaeuser Fellow in Law and Economics at the American Enterprise Institute in Washington, D.C., and a Senior Fellow at the Pacific Research Institute in San Francisco.

Hayward writes daily on the popular PowerLineBlog.com and frequently serves as a guest host for Bill Bennett's national radio show "Morning in America" on the Salem Broadcasting Network. He writes frequently on a wide range of current topics, including environmentalism, law, economics, and public policy for publications including National Review, Reason, The Weekly Standard, The American Spectator, The Public Interest, the Claremont Review of Books, and Policy Review. His newspaper articles have appeared in the New York Times, Washington Post, The Wall Street Journal, the San Francisco Chronicle, the Chicago Tribune, and dozens of other daily newspapers. He is the author of Index of Leading Environmental Indicators, published in 14 editions, and its successor, the Almanac of Environmental Trends. Hayward is the author of a two-volume narrative history of Ronald Reagan and his effect on American political life, The Age of Reagan: The Fall of the Old Liberal Order, 1964-1980, and The Age of Reagan: The Conservative Counter-Revolution, 1980-1989 (CrownForum books). His other books include Mere Environmentalism: A Biblical Perspective on Humans and the Natural World; Churchill on Leadership, and Greatness: Reagan Churchill, and the Making of Modern Statesmen.

Hayward received a Ph.D. in American studies and M.A. in government from Claremont Graduate School and a B.S. in business and administrative studies from Lewis and Clark College.