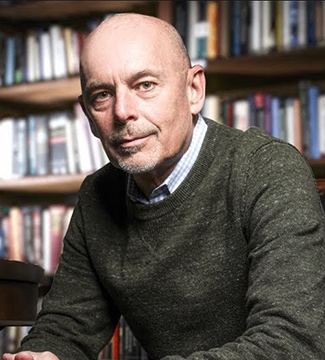 Byron Johnson is the founding director of the Baylor Institute for Studies of Religion and a faculty affiliate of the Human Flourishing Program at Harvard University. He is a faculty scholar in the Center for Spirituality, Theology, and Health at Duke University; senior fellow with the Witherspoon Institute (Princeton, NJ); senior fellow at the Sagamore Institute (Indianapolis, IN); and a senior advisor at the Religious Freedom Institute (Washington, DC).

Johnson is a former member of the Coordinating Council for Juvenile Justice and Delinquency Prevention (Presidential Appointment). He has been the principal investigator on grants from private foundations as well as the Department of Justice, Department of Labor, Department of Defense, National Institutes of Health, and the United States Institute for Peace, totaling more than $80 million. He is the author of more than 200 journal articles, monographs, and books. He is recognized as a leading authority on the scientific study of religion, the efficacy of faith-based organizations, and criminal justice. Recent publications have examined the impact of faith-based programs on offender treatment, drug addiction, recidivism reduction and prisoner reentry. These topics are the focus of his book More God, Less Crime: Why Faith Matters and How It Could (2011).

Johnson directs the Program on Prosocial Behavior, which examines the ways in which religion impacts key behaviors like volunteerism, generosity, and purpose. These topics are covered in four recent books, The Angola Prison Seminary (2016), which evaluates the influence of a Bible College and inmate-led congregations on prisoners serving life sentences; The Quest for Purpose: The Collegiate Search for a Meaningful Life (2017), which examines the link between religion and finding purpose and meaning, and the subsequent link to academic integrity; The Restorative Prison: Essays on Inmate Peer Ministry and Prosocial Corrections (2021), which looks at the empirical evidence in support of the link between religion and the emerging subfield of positive criminology; and Objective Religion: Competition, Tension, Perseverance (2021), which examines the factors related to the resilience of religion.