The Davenport Institute for Public Engagement and Civic Leadership's hosted its first City Manager in Residence Program in two years on February 24-25, 2022. The program was introduced in 2011 as a part of a collaborative effort developed by the California International City Manager Association (Cal-ICMA) to offer students in graduate public policy and public administration programs the opportunity to learn first-hand from some of the best city managers in California.

The city managers in residence share their experiences with the school's Master of Public Policy candidates over a course of two days on the Malibu campus. In addition to a formal lecture, they serve as a mentor to students specializing in state and local policy, offering career advice and answering questions; address classes in the state and local policy track; and meet with members of the school's ICMA Student Chapter.

The Davenport Institute hosted President of ICMA and City Manager of Moorpark, Troy Brown. To access the newsroom covering the event, click here. 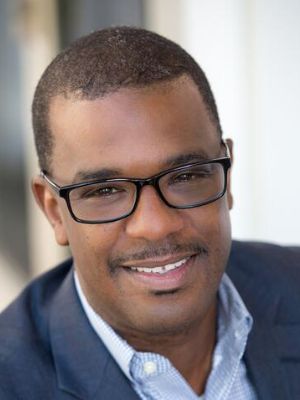 Brown's career in local government began in 1994, when he accepted a position as recreation specialist for Santa Clarita, California. He then moved up the ranks in the city, serving as an information technology specialist and then management analyst. He then joined Riverside, California, where he served as assistant to the city manager, and later as budget manager and assistant to the city manager in Elk Grove, California. Before joining Moorpark, he served as assistant city manager of Livermore, California, and, most recently, as city manager of Tracy, California. Brown has been an active member of ICMA since 2004. He was elected by the membership in 2011 to serve a three-year term as West Coast Regional Vice President on the ICMA Executive Board. He then served as co-chair of the Task Force for Strengthening Inclusiveness in the Profession, and as an ICMA-appointed representative on the Vantage Trust Board of Directors, 2015-2017. Last year, he was elected as the President of ICMA.

Past SPP City Managers in Residence